Mammogram Propaganda Fraud: Scientists Blast ‘Komen for the Cure’ Over Agenda of Deception 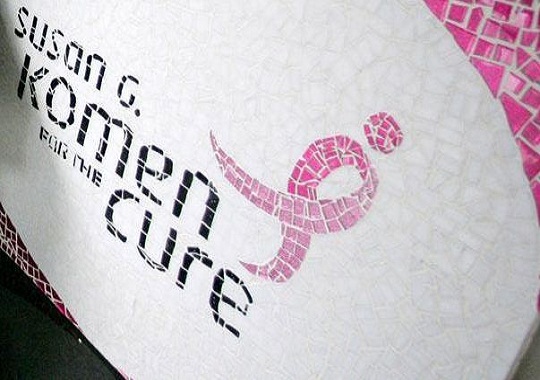 It is time for the truth to be told about Susan G. Komen for the Cure. The organization is, flatly stated, engaged in fraud. Funded by drug companies and mammogram manufacturers, the organization preys upon women in order to grow its own financial power while feeding female victims into the conventional cancer industry grinder.

All across America, men and women participate in “run for the cure” events, raising tens of millions of dollars each year that go into the hands of Komen for the Cure. What these people don’t know is that much of that money is spent on “free” mammograms. Those mammograms, in turn, actually cause breast cancer because they subject women to high doses of ionizing radiation.

The Susan G. Komen scam, in essence, is to raise money that’s used to give women cancer and create a financial windfall for the very same companies that financially support Komen in the first place. “The Komen Foundation owns stock in General Electric, one of the largest makers of mammogram machines in the world. It also owns stock in several pharmaceutical companies, including AstraZeneca,” reports Tony Isaacs at NaturalNews (http://www.naturalnews.com/027307_cancer_breast_ACS.html).

“DuPont, another huge chemical company and major polluter, supplies much of the film used in mammography machines. Both DuPont and GE aggressively promote mammography screening of women in their 40s, despite the risk of its contributing to breast cancer in that age group. And while biotech giant Monsanto sponsors Breast Cancer Awareness Month’s high profile event, the Race for the Cure, it continues to profit from the production of many known carcinogens.” (http://www.tbyil.com/breast-cancer-deception.htm)

The bottom line? Komen deceives women while powerful corporations rake in the profits. This isn’t merely my own opinion. Two prominent doctors, in an article published in the British Medical Journal, have sharply condemned Komen for the Cure for lying about the “benefits” of mammograms.

Their names? Steven Woloshin and Lisa Schwartz, directors of the Center for Medicine and the Media at Dartmouth Medical School in Hanover, New Hampshire.

They join a growing number of other doctors and medical professionals who now see Komen for the Cure as afundraising fraud and are going public with detailed accusations against Komen’s deceptions.

In the recently published BMJ article, Woloshin and Schwartz accused Komen of lying in its promotional propaganda for the 2011 Breast Cancer Awareness Month. In advertising, Komen falsely claimed the 5-year survival rate when breast cancer is caught early is 98%, while only 23% when not “caught early.” This is how Komen tricks women into getting more mammograms which cause more cancer — by claiming “early detection saves lives.” But it’s not science; it’s pure propaganda. (See below.)

According to study authors Woloshin and Schwartz, Komen willfully ignored “a growing and increasingly accepted body of evidence [showing] that although screening may reduce a woman’s chance of dying from breast cancer by a small amount, it also causes major harms.”

Here’s an image published by the British Medical Journal, detailing how Komen for the Cure is lying about mammography:
http://www.naturalnews.com/gallery/articles/Komen_Deception_BMJ.jpg

Here’s what the data actually say

Komen for the Cure is in the business of fear mongering. They want everyone to be scared out of their minds that breast cancer is going to strike down all the women in their life. And in order to deal with the fear, all you have to do is give more money to Komen.

It’s sort of like an old-school evangelical group that asks for donations and says you’ll be healed if you just “believe,” but instead of claiming to heal people with the power of faith, the Komen cult claims to heal women with the power of ionizing radiation.

In reality, the actual 10-year risk of a 50-year-old woman dying of breast cancer is about half a percent: 0.53% (http://www.medpagetoday.com/HematologyOncology/BreastCancer/34030).

With mammograms used to detect breast cancer tumors, that 10-year risk of dying from breast cancer moves ever so slightly downward to 0.46%.

In other words, the real risk reduction of dying from breast cancer by receiving mammograms is only 0.07% — seven women out of 10,000.

Seven out of 10,000 is a far cry from the fear-mongering levels that Komen propagandizes. It’s not quite the cancer apocalypse that Komen makes it out to be, huh? And in the mean time, Woloshin and Schwartz explain that anywhere from 20% to 50% of women who receive mammograms for a decade of their lives will have at least one “false alarm.”

These false alarms often lead to women being treated with deadly chemotherapy cocktails. These expensive drugs enrich the very same drug companies that donate money to Komen for the Cure. This is all part of the cycle of fraud that exploits women’s bodies for profit, all while conducting this sick fraud with the message of “finding a cure,” emblazoned with pink ribbons. The magnitude of the deception in all this is pathological… even criminal.

“The Komen advertisement is deceptive in another way: it ignores the harms of screening,” say Woloshin and Schwartz. “Between 20% and 50% of women screened annually for a decade experience at least one false alarm requiring a biopsy. Most importantly, screening results in overdiagnosis. For every life saved by mammography, around two to 10 women are overdiagnosed. Women who are overdiagnosed cannot benefit from unnecessary chemotherapy, radiation, or surgery. All they do experience is harm,” they write.

That harm often comes in the form of unnecessary chemotherapy that poisons women but financially benefits the drug companies. Here’s another article on NaturalNews which also supports this conclusion:
http://www.naturalnews.com/020829.html

“Women need much more than marketing slogans about screening,” wrote Woloshin and Schwartz. “They need — and deserve — the facts. The Komen advertisement campaign failed to provide the facts. Worse, it undermined decision making by misusing statistics to generate false hope about the benefit of mammography screening. That kind of behavior is not very charitable.”

The article goes on to emphasize that mammograms are a wash, offering no net benefit to women’s health:

The benefits and harms [of mammography] are so evenly balanced that the National Breast Cancer Coalition, a major US network of patient and professional organizations, “believes there is insufficient evidence to recommend for or against universal mammography in any age group of women.” (http://www.knowbreastcancer.org/controversies/mammography-screening/)

But instead of telling women the truth, Komen lies to women, vastly exaggerating the “benefits” of screening:

“Komen’s public advertising campaign gives women no sense that screening is a close call. Instead it simply tells women to be screened, overstates the benefit of mammography, and ignores harms altogether,” write Woloshin and Schwartz.

Komen has even fooled doctors

Beyond fooling the public, Komen’s insidious disinformation campaign has even fooled most doctors. As Woloshin and Schwartz described how doctors are tricked by the “improved survival” statistics which mislead people into thinking that screening saves lives:

“Susan G. Komen for the Cure is a multimillion-dollar company with assets totaling over $390 million . Only 20.9% of these funds were reportedly used in the 2009-2010 fiscal year for research “for the cure,” writes Emily Michele at Alternet (http://www.alternet.org/story/154010/i_will_not_be_pinkwashed%3A_kome…)

She goes on to explain, “I don’t know about you, but I would never expect directors of a charitable “non-profit” organization to make more than most doctors, lawyers, or even politicians. Their CEO and president, Hala G. Moddelmog, made $531,924, plus $26,683 in change. That’s more than President Obama makes.”

This is all revealed in Komen’s own IRS reporting forms:
http://ww5.komen.org/uploadedFiles/Content/AboutUs/Financial/Komen%20…

Komen spends about 39% of its money on “public health education,” which is just another way to say “pinkwashing.” This money is used to catapult the Komen propaganda so that future fundraising events can raise even more money, much of which is paid to Komen’s fat cat executives as cushy salaries.

Just remember: When you run for the cure, a significant portion of the money you raise is going straight into the pockets of wealthy Komen executives. None of the money is actually being used to promote vitamin D or cancer prevention. “Detection,” after all, is not prevention. It’s just a way to push the cancer industry’s agenda of treating more women with toxic chemotherapy chemicals (and more ionizing radiation).

Komen’s activities are crimes against humanity — and blacks in particular

Susan G. Komen for the Cure isn’t just a dishonest, deceptive non-profit that exploits women for its own power and prestige; it also engaged in crimes against humanity. The use of deceptive statistics, lying propaganda, and false and misleading fundraising events push a machine of death and destruction that sacrifices the lives of women upon the altar of Big Pharma profits.

Notably, Komen usually targets black women, focusing their mobile mammogram trucks — “mobile cancer stations” — on low-income neighborhoods in cities like Detroit where breast cancer among African American women is far more common than in white neighborhoods. The result of all this is increased rates of breast cancer due to the mammography itself. This, in turn, results in statistics which are cited by Komen itself to spread fear and alarm over the disease, justifying their very existence.

It is, at every level, an insidious scam conducted at the cost of innocent human lives. Far from “finding a cure” for cancer, Komen spreads cancer, incites fear, lies to women and then cites the very cancer that it causes as justification for its existence.

Susan G. Komen is a danger to the American public. It functions as a recruitment branch of Big Pharma, ensnaring women with a seductive message of hope and inspiration while delivering suffering and death.

If you donate money to Komen, you are financially supporting this insidious, destructive non-profit monstrosity that destroys lives and brutalizes women. Women who undergo chemotherapy should be called, “chemically battered women,” and Komen promotes this abuse of women through its reliance on false and deceptive propaganda.

The solution to all this? Boycott Komen. Refuse to raise money for this harmful organization that exploits women. Inform your friends about pinkwashing. Share this article. Help stop the exploitation of women by Komen and its lying propaganda.

Looking for a real way to prevent breast cancer? Take more Vitamin D. Komen won’t educate women about vitamin D — (surprised?) — but here at NaturalNews, we have a powerfully informative infographic that tells the story:

Learn more about the Komen for Cure fraud at: