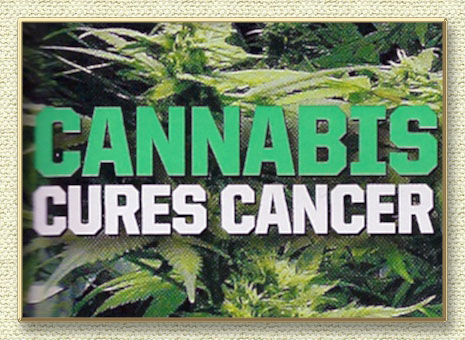 A pair of scientists at California Pacific Medical Center in San Francisco has found that a compound derived from marijuana could stop metastasis in many kinds of aggressive cancer, potentially altering the fatality of the disease forever.

“It took us about 20 years of research to figure this out, but we are very excited,” said Pierre Desprez, one of the scientists behind the discovery, to The Huffington Post. “We want to get started with trials as soon as possible.”

The Daily Beast first reported on the finding, which has already undergone both laboratory and animal testing, and is awaiting permission for clinical trials in humans.

“What we found was that his Cannabidiol could essentially ‘turn off’ the ID-1,” Desprez told HuffPost. The cells stopped spreading and returned to normal.

“We likely would not have found this on our own,” he added. “That’s why collaboration is so essential to scientific discovery.”

Desprez and McAllister first published a paper about the finding in 2007. Since then, their team has found that CBD works both in the lab and in animals. And now, they’ve found even more good news.

“We started by researching breast cancer,” said Desprez. “But now we’ve found that Cannabidiol works with many kinds of aggressive cancers–brain, prostate–any kind in which these high levels of ID-1 are present.”

“We’ve found no toxicity in the animals we’ve tested, and Cannabidiol is already used in humans for a variety of other ailments,” he said. Indeed, the compound is used to relieve anxiety and nausea, and, since it is non-psychoactive, does not cause the “high” associated with THC.

While marijuana advocates will surely praise the discovery, Desprez explained that it’s not so easy as just lighting up.

“We used injections in the animal testing and are also testing pills,” he said. “But you could never get enough Cannabidiol for it to be effective just from smoking.”

Furthermore, the team has started synthesizing the compound in the lab instead of using the plant in an effort to make it more potent.

“It’s a common practice,” explained Desprez. “But hopefully it will also keep us clear of any obstacles while seeking approval.”

Study: Humans have at least ‘some’ Psychic powers

Einstein: The World As I See It