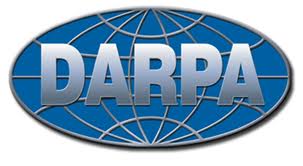 Similar to TIA, which Congress in 2003 de-funded insofar as domestic applications, the Insight Focused Incubator initiative seeks to create a multimedia system that obtains, synthesizes, and analyzes mass volumes of data via the development of an advanced  “‘plug and play’ modular architecture” of intelligence, surveillance, and reconnaissance (ISR) technologies.

According to a Special Notice that the Monitor obtained via routine database research, the Defense Advanced Research Projects Agency (DARPA) issued a call to industry for innovative ideas leading to the creation of such a system.

The Insight program at DARPA’s Information Innovation Office (I2O) became known to the public last September, when it initially met with industry representatives to discuss its vision for the program (solicitation # DARPA-SN-10-70). However, yesterday’s reference to the Insight Focused Incubator moniker appears to take the program to the next level of execution.

“As part of the Insight platform, the Insight program is developing a virtual environment (VE) capability to enable system evaluation using simulated sensor data, augmented with real-world collected data, within a simulated world of various threats, terrains, and terrain features,” the special notice/request for information says.

The key to Insight’s development extends beyond the mere collection of data and the development of virtual threat scenarios; rather, DARPA is looking for innovative ideas for an evolutionary, interoperable system of various ISR components.

From a technical standpoint, the new system that DARPA envisions would possess the ability “to easily add, remove, substitute, and modify software and hardware components” as they become available to the government.

From an operational perspective, the Insight Focused Incubator would lead to the design of a system that integrates, correlates, fuses, and exploits “multi-intelligence data.” This would include, for example, a combination of worldwide sensors and platforms that combine the use of signals intelligence, video and ground moving target indicators (VMTI and GMTI) and even “Behavioral (pattern-of-life) modeling including cultural, social, and insurgency dynamics.”

Other objectives for the system include “data mining across all sources, both real-time and forensic” as well as the creation of “an active sensing process with multiple functions occurring simultaneously.”

DARPA anticipates launching a three-phase structure for Insight Focused Incubator, during which time it would award contracts ranging from $400,000-$800,000 per phase for each contractor selected for the project. The agency did not disclose the total potential funding for the program. Proposals are due June 30.