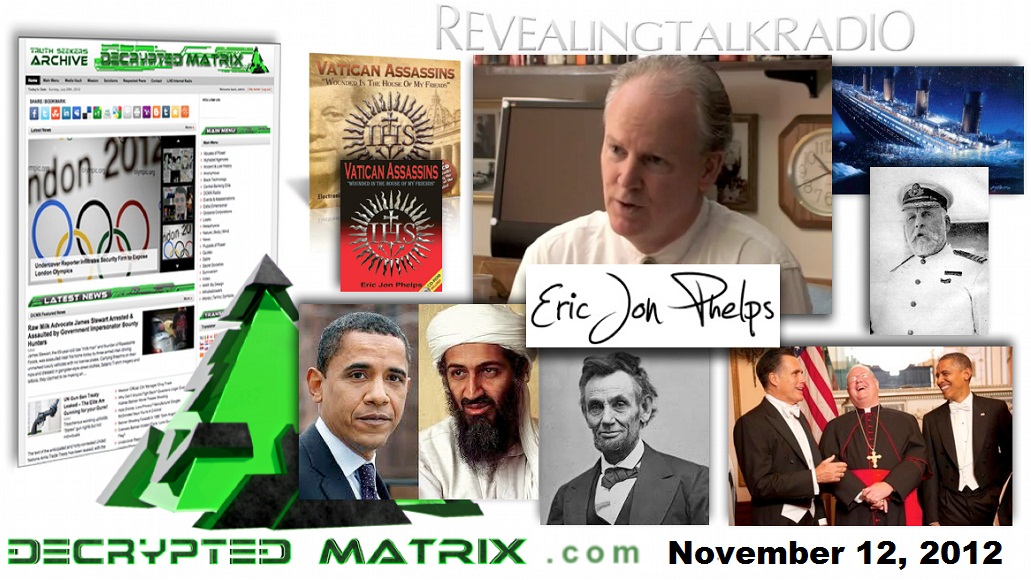 Eric Jon Phelps was again on the Decrypted Matrix show on Revealing Talk Radio, November 12, 2012 at Midnight EST / 9pm PST. During last Monday night’s show it became apparent that Decrypted Matrix host, Max Maverick, was not going to get everything he wanted in the show. After the show, the ratings, site traffic and archive hits of the show made it quite obvious that this coming show would be important.