NSA Whistleblower: Everyone in US Under Virtual Surveillance, All Info Stored 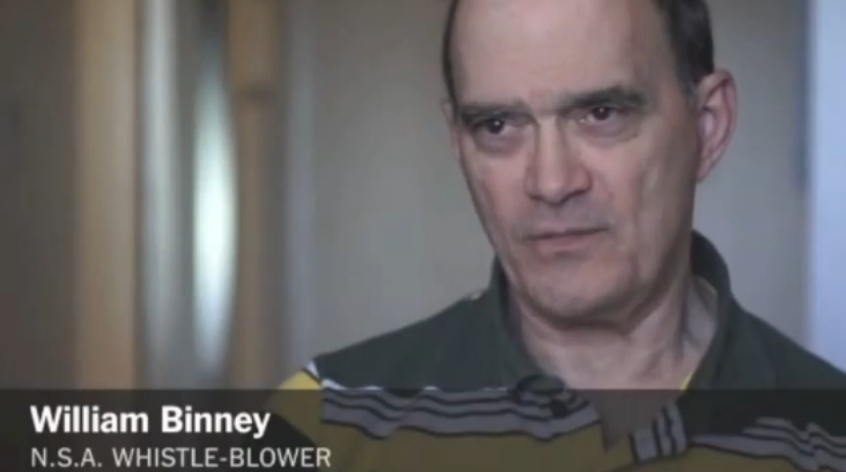 RT talks to William Binney, whistleblower and former NSA crypto-mathematician who served in the agency for decades. Virtual privacy in US, Petraeus affair and whistleblowers’ odds in fight against the authorities are among key topics of this exclusive interview

RT: In light of the Petraeus/Allen scandal while the public is so focused on the details of their family drama, one may argue that the real scandal in this whole story is the power, the reach of the surveillance state. I mean if we take General Allen – thousands of his personal e-mails have been sifted through private correspondence. It’s not like any of those men was planning an attack on America. Does the scandal prove the notion that there is no such thing as privacy in a surveillance state?

William Binney: Yes, that’s what I’ve been basically saying for quite some time, is that the FBI has access to the data collected, which is basically the emails of virtually everybody in the country. And the FBI has access to it. All the congressional members are on the surveillance too, no one is excluded. They are all included. So, yes, this can happen to anyone. If they become a target for whatever reason – they are targeted by the government, the government can go in, or the FBI, or other agencies of the government, they can go into their database, pull all that data collected on them over the years, and we analyze it all. So, we have to actively analyze everything they’ve done for the last 10 years at least.

WB: It’s everybody. The Naris device, if it takes in the entire line, so it takes in all the data. In fact they advertised they can process the lines at session rates, which means 10-gigabit lines. I forgot the name of the device (it’s not the Naris) – the other one does it at 10 gigabits. That’s why they’re building Bluffdale [database facility], because they have to have more storage, because they can’t figure out what’s important, so they are just storing everything there. So, emails are going to be stored there in the future, but right now stored in different places around the country. But it is being collected – and the FBI has access to it.

RT: You mean it’s being collected in bulk without even requesting providers?

RT: Then what about Google, you know, releasing this biannual transparency report and saying that the government’s demands for personal data is at an all-time high and for all of those requesting the US, Google says they complied with the government’s demands 90 percent of the time. But they are still saying that they are making the request, it’s not like it’s all being funneled into that storage. What do you say to that?

WB: I would assume that it’s just simply another source for the same data they are already collecting. My line is in declarations in a court about the 18-T facility in San Francisco, that documented the NSA room inside that AST&T facility, where they had Naris devices to collect data off the fiber optic lines inside the United States. So, that’s kind of a powerful device, that would collect everything it was being sent. It could collect on the order over of 100 billion 1,000-character emails a day. One device.

RT: You say they sift through billions of e-mails. I wonder how do they prioritize? How do they filter it?

WB: I don’t think they are filtering it. They are just storing it. I think it’s just a matter of selecting when they want it. So, if they want to target you, they would take your attributes, go into that database and pull out all your data.

WB: Oh, sure! I believe I’ve been on it for quite a few years. So I keep telling them everything I think of them in my email. So that when they want to read it they’ll understand what I think of them.

RT: Do you think we all should leave messages for the NSA mail box?

RT: You blew the whistle on the agency when George W. Bush was the president. With President Obama in office, in your opinion, has anything changed at the agency, in the surveillance program? In what direction is this administration moving?

WB: The change is it’s getting worse. They are doing more. He is supporting the building of the Bluffdale facility, which is over two billion dollars they are spending on storage room for data. That means that they are collecting a lot more now and need more storage for it. That facility by my calculations that I submitted to the court for the Electronic Frontiers Foundation against NSA would hold on the order of 5 zettabytes of data. Just that current storage capacity is being advertised on the web that you can buy. And that’s not talking about what they have in the near future.

RT: What are they going to do with all of that? Ok, they are storing something. Why should anybody be concerned?

WB: If you ever get on the enemies list, like Petraeus did or… for whatever reason, than you can be drained into that surveillance.

RT: Do you think they would… General Petraeus, who was idolized by the same administration? Or General Allen?

WB: There are certainly some questions, that have to be asked, like why would they target it to begin with? What law were they breaking?

RT: In case of General Petraeus one would argue that there could have been security breaches. Something like that. But with General Allen  – I don’t quite understand, because when they were looking into his private emails to this woman.

WB: That’s the whole point. I am not sure what the internal politics is… That’s part of the program. This government doesn’t want things in the public. It’s not a transparent government. Whatever the reason or the motivation was, I don’t really know, but I certainly think that there was something going on in the background that made them target those fellows. Otherwise why would they be doing it? There is no crime there.

RT: It seems that the public is divided between those, who think that the government surveillance program violates their civil liberties, and those who say, ‘I’ve nothing to hide. So, why should I care?’ What do you say to those who think that it shouldnt concern them.

WB: The problem is if they think they are not doing anything that’s wrong, they don’t get to define that. The central government does, the central government defines what is right and wrong and whether or not they target you. So, it’s not up to the individuals. Even if they think they aren’t doing something wrong, if their position on something is against what the administration has, then they could easily become a target.

RT: Tell me about the most outrageous thing that you came across during your work at the NSA.

WB: The violations of the constitution and any number of laws that existed at the time. That was the part that I could not be associated with. That’s why I left. They were building social networks on who is communicating and with whom inside this country. So that the entire social network of everybody, of every US citizen was being compiled overtime. So, they are taking from one company alone roughly 320 million records a day. That’s probably accumulated probably close to 20 trillion over the years.

The original program that we put together to handle this to be able to identify terrorists anywhere in the world and alert anyone that they were in jeopardy. We would have been able to do that by encrypting everybody’s communications except those who were targets. So, in essence you would protect their identities and the information about them until you could develop probable cause, and once you showed your probable cause, then you could do a decrypt and target them. And we could do that and isolate those people all alone. It wasn’t a problem at all. There was no difficulty in that.

RT: It sounds very difficult and very complicated. Easier to take everything in and…

WB: No. It’s easier to use the graphing techniques, if you will, for the relationships for the world to filter out data, so that you don’t have to handle all that data. And it doesn’t burden you with a lot more information to look at, than you really need to solve the problem.

RT: Do you think that the agency doesn’t have the filters now?

RT: You have received the Callaway award for civic courage. Congratulations! On the website and in the press release it says: “It is awarded to those, who stand out for constitutional rights and American values at great risk to their personal or professional lives.” Under the code of spy ethics – I don’t know if there is such a thing – your former colleagues, they probably look upon you as a traitor. How do you look back at them?

WB: That’s pretty easy. They are violating the foundation of this entire country. Why this entire government was formed? It’s founded with the Constitution and the rights were given to the people in the country under that Constitution. They are in violation of that. And under executive order 13526, section 1.7 – you can not classify information to just cover up a crime, which this is, and that was signed by President Obama. Also President Bush signed it earlier as an executive order, a very similar one. If any of this comes into Supreme Court and they rule it unconstitutional, then the entire house of cards of the government falls.

WB: The government is doing the best they can to try to keep it out of court. And, of course, we are trying to do the best we can to get into court. So, we decided it deserves a ruling from the Supreme Court. Ultimately the court is supposed to protect the Constitution. All these people in the government take an oath to defend the Constitution. And they are not living up to the oath of office.