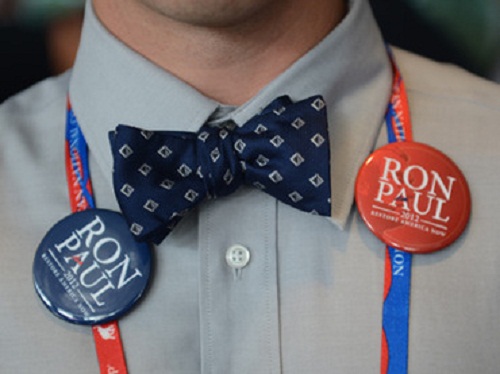 A 16-year-old high school student’s video report for his American Government class earned him an A+ from his teacher. It also yielded a visit from the FBI.

Justin Hallman says that a project he put together for school that included information on the National Defense Authorization Act, Rep. Ron Paul, Anonymous and the Occupy Wall Street movement was well received in the classroom, but wasn’t exactly praised by others. After agents with the Federal Bureau of Investigation saw a copy of Hallman’s finished work on YouTube, they paid a visit to his own home.

The boy’s mother says the FBI showed up at their home one month after the class project was first turned in and told her, “We need to talk to your son.” Once inside, Justin Hallman says he was drilled about his thoughts on an array of issues included in his project.

“They also asked me why I had talked to my teacher about the Illuminati,” he writes in an email obtained by Infowars. “I told them it was just harmless talk about the 1776 Illuminati that formed from the enlightenment era. I said my teacher said they are/were terrorists and not to talk about them (this caused the FBI agents to look puzzled and they changed the subject very fast to Anonymous). In the end they finally left for an ‘important meeting.’”

Hallman says the meeting wasn’t an informal chat, either, but even involved a proposition. According to the high-schooler, the FBIs attempted to recruit Hallman as an undercover source to scoop up more information on Anonymous and Occupy Wall Street.

“They wanted me to be an informant, to possibly put my life in danger, to help them arrest and gain intel on occupy protesters and hackers,” Hallman says in the email.

In the video he produced for class, Hallman includes text that warns, “Our future relies on the choices we make next” and “There is still hope!” For Mr. Sparks, his American Government teacher that “liked it so much that he gave it a score of 45/35 points,” the future might seem hopeful. For the FBI, however, that outlook appears to be eyebrow-raising and worthy of a surprise stop-by.

On his YouTube channel, Hallman says he’s decided to make a second video to cover recent developments “involving the NDAA, TrapWire, the increasing police state, and the possibility of a war with Iran.” His first clip has so far earned him over 100,000 views online.