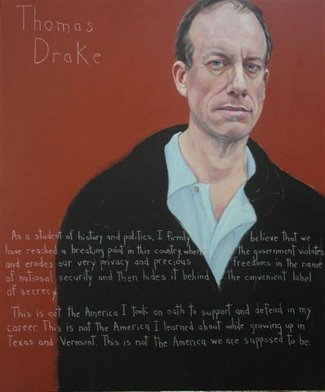 One of those whistleblowers being targeted is Tom Drake, a National Security Agency (NSA) whistleblower who is less than a week away from his first day in court. Drake is being prosecuted not for sharing classified information with the media, but instead is being charged with having information—including UNclassified materials—in his possession that he used in cooperation with a Defense Department Inspector General audit of a program that wasted hundreds of millions of dollars and may have put your civil liberties at risk. As Danielle told the President, “Drake was exactly the kind of whistleblower who deserved protection.”

Prosecuting whistleblowers for their cooperation with authorities will have a chilling effect throughout the federal government at a time when we need whistleblowers to identify waste, fraud, abuse, threats to our civil liberties, and other misconduct.

There is not (or there should not be) a national security exemption to accountability in a democratic society—yet going after a whistleblower like Drake is the antithesis of accountability. The White House should tell the Justice Department to exercise prosecutorial discretion and drop its case against Drake.

In addition, the White House should redouble its efforts from last year and prioritize passage of a new whistleblower protection bill that affords whistleblowers, including those in the national security field, better protections. Despite a new policy issued by the Justice Department in 2009, the state secrets privilege continues to be used in excess. The privilege is invoked to shut down lawsuits, including some that seek accountability from the U.S. government in cases that allege unlawful activities ranging from wrongful kidnapping and imprisonment to a massive warrantless wiretapping operation that violated the U.S. Constitution and the law.

If you don’t know much about the Drake case, or want to know more, there is a plethora of resources available:

Whether you are pro-Obama, anti-Obama, or apolitical, it is clear that the framework for handling national security whistleblowers is fundamentally flawed, and is generally hostile to them. The Drake case is a line in the sand.