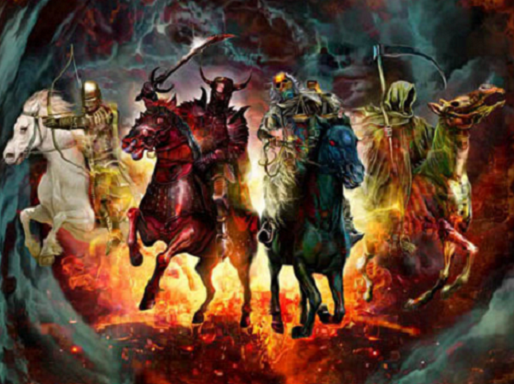 Obama Food Czar Is Former Monsanto Exec, One of the Four Horsemen of the Food Apocalypse

By Paul Fassa at Natural News

Let`s take a look at each of the four horsemen.

Michael Taylor
He was Monsanto`s chief attorney and lobbyist. He knows his way around the FDA and USDA since he`s influenced both agencies. Monsanto Mike was the one who pushed Monsanto`s rBGH (recombinant Bovine Growth Hormone) to help poison milking cows and consumers` milk. Then he made it illegal for non-cooperating dairy farms to display “no rBGH” on their milk cartons. He made life financially miserable for those dairy farmers who didn`t play ball.

Some suspect a Food Czar link with the current raw milk raids. After all, milk is Monsanto Mike`s familiar turf, and his chief administrative duty is food safety.

Monsanto is making sure they own patents on almost all other non-GMO seeds as well. Their stated goal is to own the world`s food production. Think food mafia!

Under the guise of philanthropy, Gates is constantly funding vaccine development and distribution. This includes GM crops containing vaccines and mosquitoes to deliver vaccines. The targets of these developments are usually developing countries.

Vaccines have been exposed as carriers for sterilization agents in developing countries over the past two decades. Perhaps Bill Gates` comment on reducing the population by ten to fifteen percent with vaccines was not a slip of the tongue or taken out of context.

Gates is also funding the Alliance for a Green Revolution in Africa (AGRA). The Gates Foundation hired Robert Horsh in 2006 when he was a director at Monsanto! The AGRA is a front for stripping African farmers of their traditional seed use and force selling them GM seeds. This type of operation has had tragic results for poor cotton farmers in India.

Blackwater has a history of black ops and secret illegal activities. Their services are available to corporate as well as government operations. They changed their name to Xe because of their soiled reputation for exposed dirty deeds in Iraq. As a private mercenary army, Blackwater has been able to terrorize targets under secret contracts, while enabling their employers to claim deniability.

Through different shell company names, Xe has developed secret contracts with several multi-national corporations. Jeremy Scahill, the author of Blackwater: The Rise of the World’s Most Powerful Mercenary Army, has recently exposed Monsanto`s relationship with Xe.

According to Scahill, Cofer Black the director of Total Intelligence, one of Blackwater`s shell companies, started pitching Monsanto in 2008. Black is former CIA director with a nasty reputation. Now Total Intelligence is part of Monsanto. That division`s purpose is to covertly infiltrate anti-GMO activists and resisting farmers. This would enable splintering those groups, or even assassinating some key individuals.

We must resist the evil synergy of this alliance. Jeffrey Smith`s anti-GMO campaign with his Institute for Responsible Technology is a starting point.

Sources for more information include:

Envisioning the Near Future of Technology