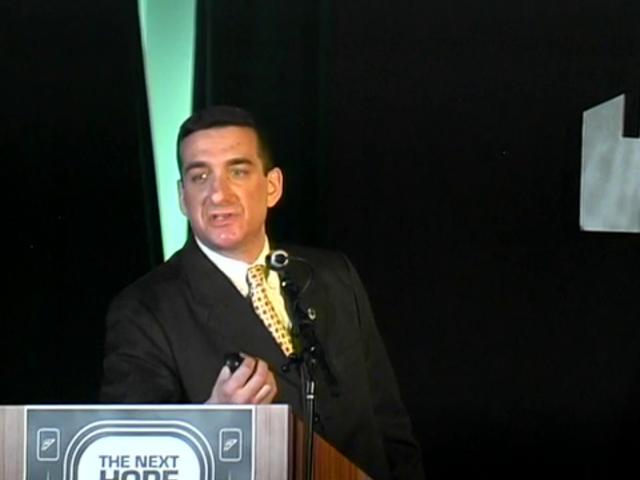 While we in the civil liberties community disagree strongly with private investigator Steven Rambam‘s admonition to “Get Over It,” after listening to him describe electronic surveillance powers it’s hard to disagree with the first part of the title of his talk: “Privacy Is Dead.” (Part two of the talk is below.)

“Where you work, what your salary is, your criminal history, all the lawsuits you’ve been involved in, real property…everything you’ve ever purchased, everywhere you’ve ever been…Your information is worth money. Your privacy today isn’t being invaded by big brother — it’s being invaded by big marketer,” he told an audience of hackers and privacy activists at HOPE 9 in New York during the summer of 2012.

Lots of the talk is about big corporations and their insatiable hunger for data about all of us, but Ramdam also addresses government spying:

One of the biggest changes is the ability to track your physical location. I’m sorry I came in at the end of the previous talk. I heard them talk about surveying cell phones with a drone, in a wide area — this is something that is done routinely now. [Note: Is that what these microwave antennas were used for at Occupy Wall Street in mid September?] I can tell you that everybody that attended an Occupy Wall Street protest, and didn’t turn their cell phone off, or put it — and sometimes even if they did — the identity of that cell phone has been logged, and everybody who was at that demonstration, whether they were arrested, not arrested, whether their photos were ID’d, whether an informant pointed them out, it’s known they were there anyway. This is routine.

I can tell you that if you go into any police station right now, the first thing they do is tell you, “Oh I’m sorry you’re not allowed to bring a cell phone in there. We’ll hold it for you.” Not a joke. And by the way it’s a legitimate investigatory technique. But cell phones are now the little snitch in your pocket. Cell phones tell me where you are, what you do, who you talk to, everbody you associate with. Cell phone tells me [sic] intimate details of your life and character, including: Were you at a demonstration? Did you attend a mosque? Did you demonstrate in front of an abortion clinic? Did you get an abortion?