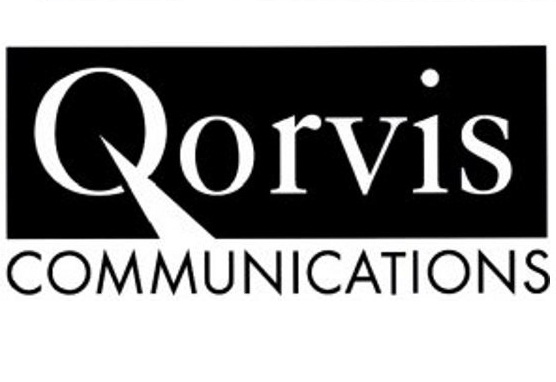 Qorvis Communications is a “Public Relations” / lobbying firm based in Washington, DC which specializes in representing high-profile overseas clients – including Saudi Arabia, Bahrain, and Brunei. They are fond of editing Wikipedia to make themselves look better, as documented by Business Insider and Project PM.

‘Formed through the merger of three well-known and highly regarded companies: The Poretz Group, an investor relations firm serving technology companies; The Weber/Merritt Company, a public affairs and grassroots firm; and JAS Communications, a public relations and marketing communications company. Main mover in the formation of Qorvis was Michael Petruzzello, former CEO of Shandwick North America, who will be the new firm’s managing director. The company launches with approximately $14 million in revenues and 22 employees. In addition, powerhouse law firm Patton Boggs has established an exclusive strategic alliance with Qorvis and is the company’s lead investor.’[1]

Qorvis acquired its Bahrain account from Bell Pottinger in July 2010, for whom it served as a subcontractor until August 2011. [2] In its November 2011 FARA statement, the firm declared having rendered the following services to the Kingdom:

Service began approximately one month prior to a major crackdown on Shiite opposition figures and domestic media outlets.[4] The New York Times speculated that the clampdown was part of the lead-up to the October 2010 parliamentary elections in which the Sunni establishment was expected to lose power to representatives of the Shiite demographic majority.[5]

Qorvis sparked criticism in March, 2011, after issuing a misleading press release on behalf of the Bahraini government.[6] After a draconian crackdown in which security forces in the Bahraini capital violently dispersed unarmed demonstrators, interrupted telecommunications services and reportedly hindered the treatment of injured civilians, Hilary Clinton issued a strong criticism of the government’s actions.[7] Qorvis responded by issuing a press release that emphasized Clinton’s positive comments by presenting them out of context, while completely skirting her critical statements:[8]

In May, 2011, Bahrani human rights activist Maryam al-Khawaja was invited to speak as part of a panel discussion ‘Dawn of a New Arab World’ at the Oslo Freedom Forum.[11] Writing in the Huffington Post, Oslo Freedom Forum founder and CEO Thor Halvorssen[12] notes that ‘the Bahraini government has been aided by a coterie of “reputation management” experts, including professionals from the Washington, D.C., offices of Qorvis Communications and the Potomac Square Group, in addition to Bell Pottinger out of their offices in London and Bahrain.’ He goes on to describe:

‘Within minutes of Maryam’s speech (streamed live online) the global Bahraini PR machine went into dramatic overdrive. A tightly organized ring of Twitter accounts began to unleash hundreds of tweets accusing Maryam of being an extremist, a liar, and a servant of Iran. Simultaneously, the Oslo Freedom Forum’s email account was bombarded with messages, all crudely made from a simple template, arguing that Maryam al-Khawaja is an enemy of the Bahraini people and a “traitor.” Most of the U.S.-based fake tweeting, fake blogging (flogging), and online manipulation is carried out from inside Qorvis Communication’s “Geo-Political Solutions” division.

The effort is mechanical and centrally organized, and it goes beyond the online world. In fact, right before Maryam was to give her speech, she noticed two young women in the crowd who stalk her speeches and heckled her a few days earlier at an event in the U.S.

More so than intimidation, violence, and disappearances, the most important tool for dictatorships across the world is the discrediting of critics like Maryam.’[13]

An earlier Huffington Post article on Qorvis, linked to by Halvorssen, states:

‘One of the methods used by Qorvis and other firms is online reputation management — through its Geo-Political Solutions (GPS) division, the firm uses ‘”black arts” by creating fake blogs and websites that link back to positive content, “to make sure that no one online comes across the bad stuff,” says the former insider. Other techniques include the use of social media, including Facebook, YouTube and Twitter.’[14]

Attacks made on Maryam al-Khawaja through Twitter were numerous at that time and this, from @ActivateBahrain, is representative: #OFF2011 Maryam Al Khawaja is presenting a falsified presentation in #oslo about #Bahrain it is a package of lies and exaggerations.[15]

Another, from @Dand00na86, and posted to the #Bahrain hashtag included two phone numbers and the message Let Maryam Al-Khawaja know what you think of her lies by calling her direct![16]

Thor Halvorssen also writes that a second Bahrani blogger, Ali Abdulemam, had also been invited to speak at the 2011 Forum:

‘Ali was imprisoned by his government in September 2010 for “spreading false information.” After being released on February 23, he enthusiastically accepted his speaking invitation and plans were made for his travel. And then he disappeared. No one has seen or heard from him since March 18.’

The Geo-Political Solutions division of Qorvis is under the supervision of partner Matt J Lauer.

To date, Qorvis’ work in Yemen has come about through their association with UK firm Bell Pottinger which is reported to have held contracts with Yemen’s National Awareness Authority and Ministry of Foreign Affairs.[17]

On November 29, 2010, Qorvis’ lodged a statement with the US Department of Justice’s register of lobbyists which outlined its role as a subcontractor to Bell Pottinger on a ‘one off basis’[18]. The work required Qorvis ‘to place an opinion article by a Yemeni official in a news outlet’.[19]

A secong statement was lodged on August 4, 2011. Qorvis was to be ‘subcontracted to provide media outreach for print and television media and strategic communications consulting’ and this would last ‘for the duration of Bell Pottinger’s engagement by Yemen’. The contract was worth a ‘payment of $30,000 monthly’[20].

Three of Qorvis’s founding partners – Judy Smith, Bernie Merritt and Jim Weber – left in December 2002, probably due to the firm’s taking $200,000 a month from the Saudi government to aid in downplaying the links between Saudi Arabia and Al Qaeda after September 11th, 2001.[21]