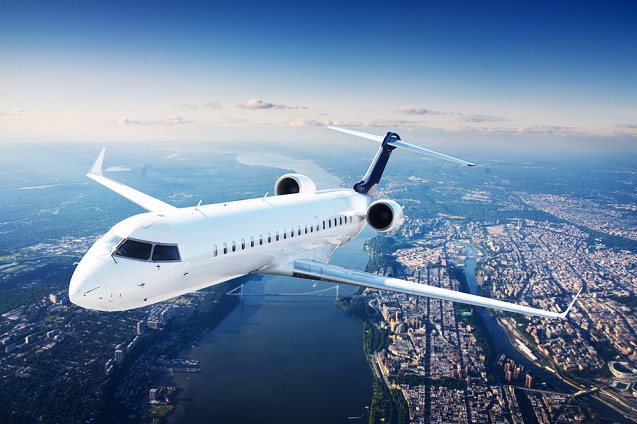 In less than 15 years, the United States’ airline industry has shrunk from ten airlines in the sky to just the big four that are left today. (Photo via Shutterstock)

There’s a stunning lack of choice for American consumers today, and nowhere is that more evident than in our nation’s ever-shrinking airline industry.

According to a new report from the AP, the average roundtrip ticket to anywhere in the US was over $509.15, including taxes, in the first half of this year. That’s up $14 from the same period last year.

The AP also points out that domestic airfare pricing is outpacing inflation, up 2.7 percent compared to the 2.1 percent increase in the Consumer Price Index.

And, according to data from the Airlines Reporting Corporation, airfare costs have shot up 10.7 percent during the past five years alone.

So, what’s behind these sky-high airfare prices?

Well, as the AP piece points out, airlines have discovered that thanks to the economic recovery, more people want to fly, so airlines have dropped the number of available seats on their planes, which all translates to higher ticket prices.

The airlines are taking advantage of simple supply-and-demand economics.

But that’s just one piece of the puzzle.

The real reason that airfare costs are so high is because of the stunning lack of competition in the airline industry today.

All those airline choices meant more completion in the marketplace, which translated into lower airfare prices for American consumers.

However, slowly but surely, the competition in the airline industry has disappeared.

In 2001, American Airlines bought out TWA.

In 2005, America West bought up US Airways, keeping the US Airways name.

In 2008, Delta officially began the process of merging with Northwest.

In 2010, United and Continental announced that they were joining forces, and just a few months later, Southwest announced that it was taking over AirTran.

And finally, last year, US Airways and American Airlines announced that they were merging to form the world’s largest airline.

So, in less than 15 years, the American airline industry has shrunk from ten airlines in the sky to just the big four that are left today.

Similarly, as the number of airlines has dwindled, airfare prices have shot up, because there’s so little competition in the marketplace.

The disappearing competition in the airline industry isn’t just some strange phenomenon.

In fact, this same sort of thing is happening in just about every other industry in America.

As of 2011 – that same 90 percent was controlled by just six massive corporations: GE, Newscorp, Disney, Viacom, Time-Warner and CBS.

Similarly, right now, there are just 10 giant corporations that control, either directly or indirectly, virtually all American consumer products.

And then there’s America’s banking industry.

As Mother Jones points out, 37 banks and financial institutions back in 1990 have slowly transformed into the big four banks we see today (Citigroup, JPMorgan Chase, Bank of America and Wells Fargo).

And we all know how much damage those big banks have done to the American economy.

From fewer airlines in the skies, to fewer banks on Main Street, competition has disappeared from the American marketplace, and it’s all because Ronald Reagan, in 1982, stopped enforcing the Sherman Anti-Trust Act.

Ever since Ronald Reagan came to Washington, “mergers and acquisitions” became the main way to do business, and we’ve all suffered as a result, in the form of things like higher airfare costs.

The steady aggregation of big businesses taking over entire industries over the past 34 years in just about every major commercial sector has concentrated far too much power in the hands of too few players.

We shouldn’t have to feel like we’re being robbed every time we fly home to see family members or jet off for vacations.

And the only way to bring that choice back is by undoing the damage that 34 years of failed Reaganomics has caused, by starting again to enforce the Sherman Anti-Trust Act, by breaking up America’s giant corporations, and by thus bringing competition back into our marketplace.

This article was first published on Truthout and any reprint or reproduction on any other website must acknowledge Truthout as the original site of publication.