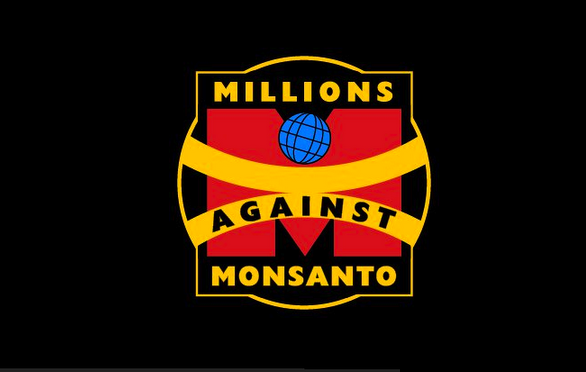 “Farmers worldwide are resisting for food sovereignty, but the rest of the world must join us.”

A report released today shows that worldwide opposition to the biotechnology giant Monsanto and “the agro-industrial model that it represents” is growing.

La Via Campesina, Friends of the Earth International, and Combat Monsanto, the groups who issued the report, show that small farmers, groups and communities in every continent are rising up to resist Monsanto’s products and environmental harm. While Monsanto’s — and other giant agribusinesses’ — approach, including genetically modified crops, has been shown to hurt biodiversity, local food knowledge and the environment, the report shows that “food sovereignty is a real and feasible alternative.”

“This new report documents the intense opposition to this powerful transnational company, which peddles its genetically modified products seemingly without regard for the associated social, economic and environmental costs,” said Martin Drago, Friends of the Earth International’s Food Sovereignty programme coordinator.

“This report demonstrates that the increasingly vocal objections from social movements and civil society organisations are having an impact on the introduction of GM crops.” said Josie Riffaud from La Via Campesina.

The report notes that an “unprecedented agribusiness offensive underway, under the banner of the new ‘green economy’” positioning giant agribusiness companies like Monsanto to have even greater control. The report’s highlighting the “offensive” echoes a report issued last month on global water security from the Defense Intelligence Agency that also pushed biotechnology and agricultural exports rather than agroecology and food sovereignty.

“Who will hold Monsanto responsible for the global depletion of biodiversity, soil erosion, and violations of peasant rights wrought by the application of petroleum-based inputs required by industrial agriculture?” asked Dena Hoff of the National Family Farm Coalition / La Via Campesina North America. “Farmers worldwide are resisting for food sovereignty, but the rest of the world must join us,” she added.

Selections from the report:

The Voluntary Reapers or ‘Faucheurs Volontaires’ are a group of self-organised non-violent French activists that have led several direct actions to ‘neutralise’ field tests set up by GM corporations and, to a lesser extent, unauthorised fields cultivated by pro-GM farmers. Jose Bové has been an important actor in the movement and a spokesman for the anti-GM activists, although this organisation does not recognise any leadership as such.

The Voluntary Reapers act openly and unmasked, and they claim responsibility for all their actions, sometimes turning themselves in to the police. They argue that civil disobedience is necessary in order to strengthen democracy and defend the common good against private interests backed by public authorities. They personally assume the civil and penal consequences of their actions in court, and use these trials to deliver their views against Monsanto and GMOs to the public.

In August 2010, 60 faucheurs volontaires and 15 farmers were sentenced to two months suspended prison sentences, after they tore up 70 GM grapevines, which were being cultivated as part of a GM trial in Colmar in Alsace, in north-eastern France.

In August 2011, energised by the success in achieving a temporary ban on Bt brinjal, farmers and activists carried out ‘Monsanto, Quit India’ protests across the country to coincide with Independence Day, drawing parallels with the anti-colonial, civil disobedience ‘Quit India’ movement that campaigned against British rule. Just as political sovereignty was demanded previously, farmers and consumers are now calling for food sovereignty. Monsanto is targeted as it is an archetypal, aggressive foreign corporation that hurts farmers and small-scale, safe domestic food producers.

The Tamil Nadu Farmers’ Association, for example, organised a day of action in Coimbatore, mobilising in solidarity with other farmers opposing the monopolisation of the Indian seed industry by corporations like Monsanto.

In Uttar Pradesh, the Bhartiya Kissan Union led a five-day long protest against GM crop trials, celebrating the agro-ecological approaches that have successfully produced high rice yields in the region. Other protests have taken place in the states of Orissa, Andhra Pradesh, Bihar, Karnataka, Maharashtra, Punjab, Madhya Pradesh and Gujarat.68

In June 2010, more than 10,000 Haitians took to the streets under the initiative of Papaye Peasant Movement (MPP), a member of La Via Campesina, to oppose Monsanto and demand food sovereignty, including local control over native seeds. This popular opposition to Monsanto stems from its announcement, in May 2010, that it had made a shipment of over 60 tons of hybrid maize and vegetable seeds to Haiti and anticipated sending another 400 tons over the next year, with the support of USAID. But these hybrid seeds cannot be replanted from one season to another and require massive amounts of pesticides, making farmers dependent on corporate seed and chemicals producers. Monsanto stated that this decision was made at the World Economic Forum in Davos, Switzerland, and it seems that Haitian officials were not involved in the discussions.

Haitian peasant leader Chavannes Jean-Baptiste from the Peasant Movement of Papaye (MPP), part of La Via Campesina, has described Monsanto’s seed aid as the “next earthquake.” This donation sparked suspicion and anger as the local seed heritage is vanishing because of the increasing domination of multinational seed and agrochemical corporations. Globally, FAO estimates that in the last century around 75% of genetic diversity of agricultural crops has been lost.  InHaiti, around 65% of the population is made up of subsistence farmers living in rural areas.

Stopping the spread of GM crops into national wildlife refuges

According to the non-profit alliance of Public Employees for Environmental Responsibility (PEER), the US government has been collaborating with Monsanto to secure agricultural export markets, removing barriers to the spread of GM crops, including into national wildlife refuges.

However, most of these crops are modified to be resistant to Monsanto’s Roundup herbicide, which is causing an over-reliance on these toxic agricultural chemicals that have spawned an epidemic of herbicide-resistant ‘superweeds’. The spread of these superweeds within national wildlife refuges could have a devastating impact on biodiversity.

Nevertheless, in recent years farming on these refuges has been opened up to GMOs, primarily Monsanto’s Roundup resistant crops. However, legal battles led by PEER and the Centre for Food Safety (CFS) forced the US Fish & Wildlife Service (FWS) to end the planting of GM crops in 12 states.

A solid body of scientific evidence shows that organic matter is the most important trait in making soils more resilient to drought and erratic rainfall. No such evidence exists for GM crops. Biotechnology has proved unable to develop drought-resistant seeds, which would require major changes to the plant’s metabolism; and no GM crops have yet been developed that are yield enhancing.

In October 2011, however, South African authorities approved imports of Bayer CropScience’s GM rice, LL62, which is engineered to be resistant to glufosinate ammonium. Famers and civil society organisations strongly opposed this decision on the grounds that it may contaminate non-GM rice varieties. Moreover, the herbicide glufosinate is toxic, can be harmful for reproductive health, and is therefore slated for an EU ban in the near future.

In the same month, the Lutzville Emerging Farmers Forum and the Food Sovereignty Campaign protested alongside residents of this West Coast region, to reject the GM maize experiments for drought resistance being conducted by Monsanto in collaboration with South Africa’s Agricultural Research Council (ARC). Monsanto’s engineered traits are present in an estimated 75% of all GM maize cultivated in South Africa.

As shown in this report, Monsanto and agribusiness in general are increasingly unwelcome wherever they operate. They ruin local agriculture and harm communities with their attempts to dominate food production systems.

As a result of Monsanto’s presence, local seeds are becoming illegal, biodiversity is disappearing, land is being contaminated, and farmers and agricultural workers are being poisoned, criminalised and displaced from their land. Local food producers aiming to feed communities have to compete with huge corporations whose sole objective is to make profits. […]

We are calling for collective action from all of those who share our vision of a sustainable world. There has never been a more important time to globalise our struggles, and globalise hope.