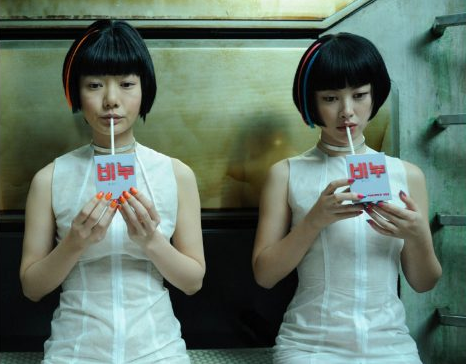 Science fiction novels and films, historically speaking, provide writers and directors with imaginative vessels for social commentary. And even though they are always a reflection of the idiosyncrasies and anxieties which permeate society in the present, they do, on occasion, manage to predict something about the future with startling accuracy.

Previously, we’ve looked at the degree to which Orwellian projections of a dystopian future have come true, particularly fears about the misapplication of technology as a means of oppressing the general public. Another set of issues that science-fiction auteurs of the past have managed to predict relates to the proliferation of genetically modified, factory produced food.

Consider Richard Fleischman’s cult-classic film Soylent Green (1973), which was an adaptation of Harry Harrison’s novel Make Room! Make Room! (1966). The story takes place in New York City in the year 2022. The world is in shambles. Overpopulation, abject poverty, depleted natural resources, scarce food, and general demoralization and desperation, have all created for a world that is fraught with tension. Things are especially bad in NYC, where the population totals around 40 million. The general public has become entirely dependent upon the Soylent Corporation, who disperse food rations. Their latest advance is a product called Soylent Green, which is said to be made chiefly of plankton, and is also said to be more nutrient dense than any of the company’s earlier products. Robert Thorn (Charlton Heston) is a NYPD detective who is tasked with investigating the mysterious death of a man who, we learn, discovered the grim secret about Soylent Green. Soylent Green wasn’t made from Plankton…but from human remains.

Within the context of these speculative fiction narratives, it all sort of makes sense in a macabre way. Post-World War II science fiction commonly depicted future societies which struggled with both population surpluses and food shortages. Thanks to Soylent Green, accidental cannibalism has become something of a trope unto itself.

The recent film Cloud Atlas(2012) dealt with a similar theme. The film was directed by Tom Tykwer and the Wachowski’s (the latter of whom are clearly not strangers to making thrillers with subversive undertones, having made The Matrix series and V for Vendetta). The film skips around quite a bit, historically and geographically. The story begins with a violent voyage along the South Pacific during the 1800’s, and addresses mounting fears about nuclear proliferation in the seventies, and ends up showing a dystopian vision of the future wherein people are routinely “recycled” to make food.

The issues, in both real life and the classic science fiction tropes, have everything to do with the scarcity of resources. As natural resources are depleted, governments resort to ethically dubious practices at mass scale. What is somewhat comforting today is that companies who offer more ecologically friendly alternatives are gaining traction in the marketplace. In terms of nutrition and agribusiness, there have been several alternative farms sprouting up all over the country, and some smaller farmers have even become confident enough to take legal action against Monsanto. In terms of eco-friendly energy consumption, solar energy is becoming increasingly common in the United States,  and in Canada you can even find alternative eco-friendly energy plans through various informational websites that can let consumers bypass the main fossil-fuel based providers altogether.

What’s especially chilling about these stories, though, is that they do offer interesting comments about the current crises surrounding agribusiness – particularly with all of the stories in recent years about the Monsanto corporation’s destructive tendencies. While there’s no disputing the fact that government farm subsidies and agriculture becoming subservient to major fast food corporations has created a lot of problems, some degree of responsibility falls on consumers. It is critical, now more than ever, that we consume conscientiously…lest we desire a future society wherein people subsist exclusively on human flesh.