Secrets, As Described by John Young of Cryptome.org 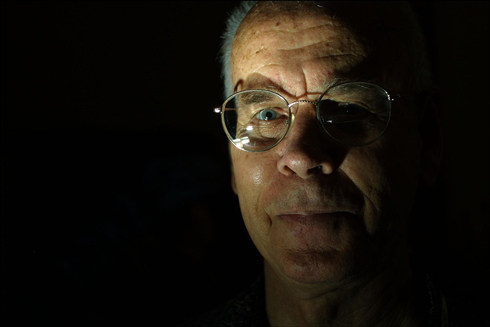 Following up our telephone exchange on Friday:

2. I said there is no need for me to comment further on Wikileaks,
the story is now a churn of publicity stunts by Wikileaks, its
supporters and detractors.

3. You said there was interest in reporting on Cryptome in addition
to Wikileaks. I said that is another story, not related to Wikileaks.

To amplify 3, Cryptome shares with Wikileaks and many others
older and newer, the aim of reducing secrecy in government,
business, organizations, institutions and individuals.

Pervasive secrecy corrupts as an essential protector of those who
want control and manipulate the citzenry and subjects. Those who
advocate secrecy always justify it by claims of threats that require
secrecy to prevent or fight.

In truth, secrecy protects and empowers those who use it and
weakens those for whom it is invoked to protect.

Secrecy hides privilege, incompetence and deception of
those who depend on it and who would be disempowered
without it.

A vast global enterprise of governments, institutions, organizations,
businesses and individuals dependent up the secrecy of abuse
of secrecy has evolved into an immensely valuable practice whose
cost to the public and benefits to its practitioners are concealed
by secrecy.

Secrecy has led to a very large undergournd criminal enterprise
dealing with stolen, forged, faked, and planted “secret” information
involving governments, businesses, NGOs, institutions and
individuals. Its value likely exceeds that of the drug trade, with
which it works in concert to hide assets, procedures and operators
that is keep the secrets in emulation of the secretkeepers.

Secrecy is the single most threatening practice against democracy
and democratic procedures such that it is highly likely that there is
no democracy or democratic institutions unsullied by secrecy.

Secrecy poses the greatest threat to the United States because
it divides the poplulation into two groups, those with access to
secret information and those without. This asymmetrial access
to information vital to the United States as a democracy will
eventually turn it into an autocracy run by those with access
to secret informaton, protected by laws written to legitimate
this privileged access and to punish those who violate these
laws.

Senator Patrick Moynihan, among others, has explored
the damaging consequences of excessive secrecy. Attempts
to debate these consequences have been suppressed
or distorted by secrecy practices and laws.

Efforts, governmental and private, to diminish secrecy
have had modest effects, and the amount of secret information
continues to grow virtually unchecked and concealed by
the very means questioned, secrecy itself.

These secrecy-reduction efforts are continually being attacked
by the secrets enterprise by secrecy-wielding oveseers, including
presidents, legislators and the courts.

While some of the privileged media challenge these practices,
most do not and thereby reinforce the unsavory.

It should not be surprising that this leads to an increase in
efforts to challenge secrecy practices by those excluded,
including such initiatives as, among many others around
the globe, Cryptome and Wikileaks.

Cryptome disagrees with the use of secrecy by Wikileaks
and its monetization of secret information which mimics
those it ostensibly opposes, say, Rupert Murdoch, among
untold others.