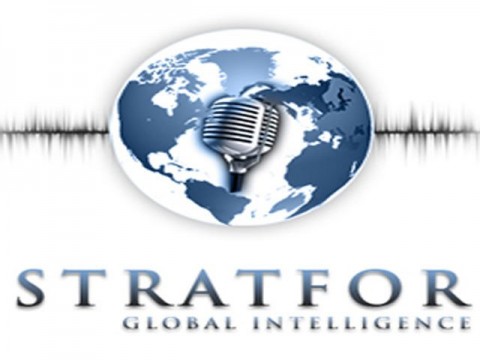 ISLAMABAD – Globally recognised intelligence and forecast STRATFOR has rejected the US Central Intelligence Agency claim that the man killed in Abbottabads compound by US Naval SEALs was al-Qaeda chief Osama bin Laden. This was one of the reasons the CIA kept Pakistans premier intelligence agency Inter-Services Intelligence (ISI) in dark.
The STRATFOR says: The possibility that bin Laden was already dead and in terms of his impact on terrorist operations, he effectively was. That does not mean, however, that he was not an important ideological leader or that he was not someone the United States sought to capture or kill for his role in carrying out the most devastating terrorist attack in the US history. In its latest intelligence gathering, the STRATFOR claims that aggressive US intelligence collection efforts have come to fruition, as killing of Osama bin Laden was perhaps the top symbolic goal for the CIA and all those involved in the US covert operations. Indeed, President Obama said during his speech on May 1 that upon entering the office, he had personally instructed CIA Director Leon Panetta that killing the al-Qaeda leader was his top priority. The logistical challenges of catching a single wanted individual with Bin Laden level of resources were substantial and while 10 years, the United States was able to accomplish the objective it set out to do in October 2001.
Because of bin Ladens communications limitations, since October 2001 when he fled Tora Bora after the US invasion of Afghanistan, he has been relegated to a largely symbolic and ideological role in al-Qaeda. Accordingly, he issued audiotapes on a little more than a yearly basis, whereas before 2007 he was able to issue videotapes.

The growing infrequency and decreasing quality of his recorded messages was the most notable when al-Qaeda did not release a message marking the anniversary of 9/11 in September 2010 but later followed up with a tape on January 21, 2011.
The bottom line is that from an operational point of view, the threat posed by al-Qaeda – and the wider jihadist movement – is no different operationally after his death.

The killing of al-Qaeda leader Osama bin Laden represents possibly the biggest clandestine operations success for the United States since the capture of Khalid Sheikh Mohammed in 2003, it claimed.
The confirmation of his death is an emotional victory for the United States and could have wider effects on the geopolitics of the region, but bin Ladens death is irrelevant for al-Qaeda and the wider jihadist movement from an operational perspective.
The operation that led to bin Ladens death at a compound deep in Pakistan is among the most significant operational successes for the US intelligence in the past decade.

An important local source told this scribe: If it was not the case why all the evidences leading to the confirmation of Ladens death were eliminated. His was never subjected to postmortem. Neither the DNA was collected nor it was matched.
Another important source conceded: How come one of the wives of bin Laden, Hamal, who remained in the custody of Iranian Intelligence and hidden mole of US intelligence community made her way to Abbottabad. Hamal never appeared in public.
Hamal has deep US connections. When she traveled from Iran to Pakistan her movements were under watch and the watchers had decided Hamal to end her journey in Abbottabad, the sources added.
Senior intelligence analysts in Islamabad argue: A three trillion worth manhunt concluded very discreetly. Dead body of the ‘man killed by SEALs had no media mention as was done by the US authorities in case of Iraqs President Saddam.
After receiving this vital information, this scribe phoned a senior Pakistani journalist in Washington DC early Thursday. He did not rule out latest findings on this subject saying: Why the CIA was in hurry to remove all possible evidences of the bin Ladens killing who dominated world politics for over a decade?
The Washinton-based journalist termed the crash of US Armys Chinook helicopter and killings of over 36 US Naval SEALs as a part of the effort to finish left over evidence which could lead to facts of May 2 US action in Abbottabad.
The STRATFOR further states the primary threat is now posed by al-Qaeda franchise which can attempt to stage an attack in the United States or elsewhere in retribution for bin Ladens death, but they do not have training or capabilities for high-casualty transnational attacks.
Pakistans former spymaster Lt Gen (r) Hamid Gul told TheNation they never challenged credence of the STRATFOR. I agree with the latest intelligence gathering about May 2 operations follow up. This remains one of the reasons the CIA never informed its Pakistan counterpart ISI when it decided to kill a fake bin Laden, he said.
http://www.nation.com.pk/pakistan-news-newspaper-daily-english-online/Politics/19-Aug-2011/Stratfor-disputes-OBL-killing-in-Abbottabad