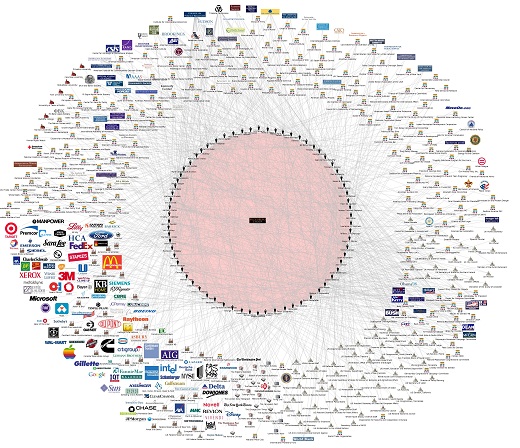 From Wikipedia, the free encyclopedia

The Bilderberg Group, Bilderberg conference, or Bilderberg Club is an annual, unofficial, invitation-only conference of approximately 120 to 140 guests from North America and Western Europe, most of whom are people of influence.[1][2] About one-third are from government and politics, and two-thirds from finance, industry, labour, education and communications. Meetings are closed to the public.

The original conference was held at the Hotel de Bilderberg, near Arnhem in the Netherlands, from 29 to 31 May 1954. It was initiated by several people, including Polish politicians Józef Retinger and Andrew Nielsen, concerned about the growth of anti-Americanism in Western Europe, who proposed an international conference at which leaders from European countries and the United States would be brought together with the aim of promoting Atlanticism – better understanding between the cultures of the United States and Western Europe to foster cooperation on political, economic, and defense issues.[3] Retinger approached Prince Bernhard of the Netherlands who agreed to promote the idea, together with former Belgian Prime Minister Paul Van Zeeland, and the head of Unilever at that time, Dutchman Paul Rijkens. Bernhard in turn contacted Walter Bedell Smith, then head of the CIA, who asked Eisenhower adviser Charles Douglas Jackson to deal with the suggestion.[4] The guest list was to be drawn up by inviting two attendees from each nation, one of each to represent conservative and liberal points of view.[3] Fifty delegates from 11 countries in Western Europe attended the first conference, along with 11 Americans.[5]

The success of the meeting led the organizers to arrange an annual conference. A permanent Steering Committee was established, with Retinger appointed as permanent secretary. As well as organizing the conference, the steering committee also maintained a register of attendee names and contact details, with the aim of creating an informal network of individuals who could call upon one another in a private capacity.[citation needed] Conferences were held in France, Germany, and Denmark over the following three years. In 1957, the first US conference was held on St. Simons Island, Georgia, with $30,000 from the Ford Foundation. The foundation supplied further funding for the 1959 and 1963 conferences.[4]

The role of the Bilderberg meetings in the flow of events since its founding in 1954 is a matter of debate among scholars and journalists, such as G. William Domhoff and Caroline Moorehead. In his 1980 essay The Bilderberg and the West, researcher Peter Thompson argues that the Bilderberg group is a meeting ground for top executives from the world’s leading multinational corporations and top national political figures to consider jointly the immediate and long-term problems facing the West. According to Thompson, Bilderberg itself is not an executive agency. However, when Bilderberg participants reach a form of consensus about what is to be done, they have at their disposal powerful transnational and national instruments for bringing about what it is they want to come to pass. That their consensus design is not always achieved is a reflection of the strength of competing resisting forces outside the capitalist ruling class and within it.[6] 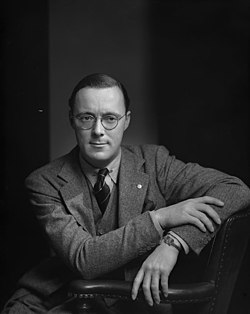 Prince Bernhard of Lippe-Biesterfeld in 1942

Meetings are organized by a steering committee with two members from each of approximately 18 nations.[7] Official posts, in addition to a chairman, include an Honorary Secretary General.[8] There is no such category in the group’s rules as a “member of the group”. The only category that exists is “member of the Steering Committee”.[9] In addition to the committee, there also exists a separate advisory group, though membership overlaps.[10]

Dutch economist Ernst van der Beugel became permanent secretary in 1960, upon Retinger’s death. Prince Bernhard continued to serve as the meeting’s chairman until 1976, the year of his involvement in the Lockheed affair. The position of Honorary American Secretary General has been held successively by Joseph E. Johnson of the Carnegie Endowment, William Bundy of Princeton, Theodore L. Eliot, Jr., former U.S. Ambassador to Afghanistan, and Casimir A. Yost of Georgetown’s Institute for the Study of Diplomacy.[11]

A 2008 press release from the ‘American Friends of Bilderberg’ stated that “Bilderberg’s only activity is its annual Conference. At the meetings, no resolutions are proposed, no votes taken, and no policy statements issued” and noted that the names of attendees were available to the press.[12] The Bilderberg group’s unofficial headquarters is the University of Leiden in the Netherlands.[13]

According to the ‘American Friends of Bilderberg’, the 2008 agenda dealt “mainly with a nuclear free world, cyber terrorism, Africa, Russia, finance, protectionism, US-EU relations, Afghanistan and Pakistan, Islam and Iran“.[12]

Chairmen of the Steering Committee 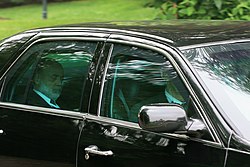 Historically, attendee lists have been weighted towards bankers, politicians, and directors of large businesses.[16]

Heads of state, including Juan Carlos I of Spain and Queen Beatrix of the Netherlands, have attended meetings.[8][17] Prominent politicians from North America and Europe are past attendees. In past years, board members from many large publicly traded corporations have attended, including IBM, Xerox, Royal Dutch Shell, Nokia and Daimler.[8]

In 2009 the group hosted a dinner meeting at Castle of the Valley of the Duchess in Brussels on 12 November to promote the candidacy of Herman Van Rompuy for President of the European Council.[20]

The membership of the Bilderberg group is drawn largely from West European and North American countries.[21] Writing in 1980, policy analyst Holly Sklar noted that, from the 1950s, elites in the West became concerned that the United Nations was no longer controlled by Western powers, and that this concern was expressed in the participant selection process of the Bilderberg group.[21] Sklar also quoted observations from human rights journalist Caroline Moorehead in a 1977 article critical of the Bilderberg group’s membership, who in turn quoted an unnamed member of the group: “No invitations go out to representatives of the developing countries. ‘Otherwise you simply turn us into a mini-United-Nations,’ said one person. And, ‘we are looking for like-thinking people and compatible people. It would be worse to have a club of dopes.'”[16][21] In her article, Moorehead characterized the group as “heavily biased towards politics of moderate conservatism and big business” and claims that the “farthest left is represented by a scattering of central social democrats”.[16]

The meeting hotels are inaccessible for any other guest for the full period of the conferences and sentineled by private security staffs as well as by local police authorities. During the Bilderberg Meeting at Vouliagmeni (Greece) in 2009, for instance, the British Guardian reporter Charlie Skelton was arrested twice after having taken pictures of vehicles.[29]

According to chairman Étienne Davignon, a major attraction of Bilderberg group meetings is that they provide an opportunity for participants to speak and debate candidly and to find out what major figures really think, without the risk of off-the-cuff comments becoming fodder for controversy in the media.[30] However, partly because of its working methods to ensure strict privacy, the Bilderberg group is accused of conspiracies.[30][31][32][33][34] This outlook has been popular on both extremes of the political spectrum, even if they disagree on what the group wants to do. Some on the left accuse the Bilderberg group of conspiring to impose capitalist domination,[35] while some on the right have accused the group of conspiring to impose a world government and planned economy.[36]

In 2001, Denis Healey, a Bilderberg group founder and, for 30 years, a steering committee member, said: “To say we were striving for a one-world government is exaggerated, but not wholly unfair. Those of us in Bilderberg felt we couldn’t go on forever fighting one another for nothing and killing people and rendering millions homeless. So we felt that a single community throughout the world would be a good thing.”[37] In 2005 Davignon discussed these accusations with the BBC: “It is unavoidable and it doesn’t matter. There will always be people who believe in conspiracies but things happen in a much more incoherent fashion… When people say this is a secret government of the world I say that if we were a secret government of the world we should be bloody ashamed of ourselves.”[34]

In a 1994 report Right Woos Left, published by the Political Research Associates, investigative journalist Chip Berlet argued that right-wing populist conspiracy theories about the Bilderberg group date back as early as 1964 and can be found in Schlafly’s self-published book A Choice, Not an Echo,[38] which promoted a conspiracy theory in which the Republican Party was secretly controlled by elitist intellectuals dominated by members of the Bilderberger group, whose internationalist policies would pave the way for world communism.[39] Also, in August 2010 former Cuban president Fidel Castro wrote an article for the Cuban Communist Party newspaper Granma in which he cited Daniel Estulin’s 2006 book The Secrets of the Bilderberg Club,[40] which, as quoted by Castro, describes “sinister cliques and the Bilderberg lobbyists” manipulating the public “to install a world government that knows no borders and is not accountable to anyone but its own self.”[35]

G. William Domhoff, a research professor in psychology and sociology who studies theories of power,[41] sees the role of international relations forums and social clubs such as the Bilderberg group as a place to share ideas, reach consensus, and create social cohesion within a power elite.[42] He adds that this understanding of forums and clubs such as the Bilderberg group fits with the perceptions of the members of the elite. Domhoff warns progressives against getting distracted by conspiracy theories which demonize and scapegoat such forums and clubs.[42] He argues that the opponents of progressivism in the United States are conservatives within the corporate elite and the Republican Party.[42] It is more or less the same people who belong to forums and clubs such as the Bilderberg group, but it puts them in their most important roles, as capitalists and political leaders, which are visible and therefore easier to fight.[42]

Politico journalist Kenneth P. Vogel reports that it is the “exclusive roster of globally influential figures that has captured the interest of an international network of conspiracists,” who for decades have seen the Bilderberg meetings as a “corporate-globalist scheme”, and are convinced powerful elites are moving the planet toward an oligarchic “new world order”.[43] He goes on to state that these conspiracist’s “populist paranoid worldview”, characterized by a suspicion of the ruling class rather than any prevailing partisan or ideological affiliation, is widely articulated on overnight AM radio shows and numerous Internet websites.[43]

Author James McConnachie comments that conspiracy theorists have a point, but that they fail to communicate it effectively.[44] He argues that the Bilderberg group acts in a manner consistent with a global conspiracy, but does so without the same “degree of nefariousness”, a difference not appreciated by conspiracy theorists, who “tend to see this cabal as outright evil.”[1] McConnachie concludes: “Occasionally you have to give credit to conspiracy theorists who raise issues that the mainstream press has ignored. It’s only recently that the media has picked up on the Bilderbergers. Would the media be running stories if there weren’t these wild allegations flying around?”[1]