Tears of Gaza: The War They Don’t Show You 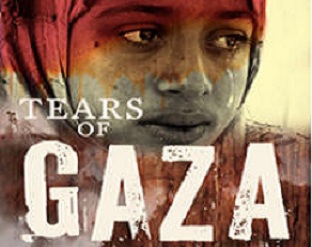 “Disturbing, powerful and emotionally devastating, Tears of Gaza is less a conventional documentary than a record — presented with minimal gloss — of the 2008 to 2009 bombing of Gaza (dubbed ‘Operation Cast Lead’) by the Israeli military. Filmed by several Palestinian cameramen both during and after the offensive, this powerful film by director Vibeke Løkkeberg focuses on the impact of the attacks on the civilian population.

Tears of Gaza makes no overriding speeches or analyses. The situation leading up to the incursion (in which the Jewish state broke a truce unprovoked) is never mentioned. Similar events certainly occurred in Dresden, Tokyo, Baghdad and Sarajevo, but of course Gaza isn’t those places. Tears of Gaza demands that we examine the costs of war on a civilian populace.”
(Excerpt from Steve Gravestock, 2011 Toronto International Film Festival)
http://tearsofgazamovie.com/