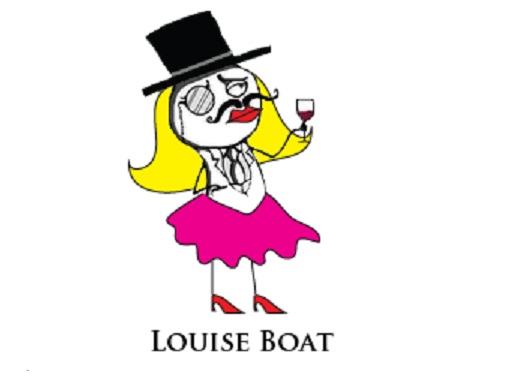 THE INQUIRER has received exclusive details about what infamous yet little known hacker Louise Boat looks like.

The femme fatale, who apparently leads the hacktivist group Anonymous, reputedly has long, blonde hair and tends to wear pink. She also apparently attempts to disguise her identity by wearing a monocle, top hat and a false moustache, according to sources close to the group.

Our sources informed us that close friends call her Luiz or Lulu, but that often times they try not to call her at all, for fear of being hacked by a certain media empire.

We also received word that the second-in-command goes by the name Lubo. We’re not entirely sure if this is the same person, or even whether it is a real name or an online handle.

One of our sources, Ryan Cleary’s co-conspirator Columbus, told us that Boat is a heavy wine drinker, presumably a way to help her deal with the stress of such a prominent position in the hacking world.

The details we received about Boat were extensive, suggesting that one of her closest aides might have fallen out with her. This inner turmoil in the hacking world previously led to the arrest of Ryan Cleary, so we imagine it’s only a matter of time before the police go after Boat. Some of the details are so shocking we’re not entirely sure it’s responsible to publish them, but we are happy to co-operate with the police if necessary.

Earlier this week, the hacking menace behind all hacks in history was revealed in the guise of Louise Boat. The INQUIRER, via Sky News, brought the news to its readers to warn them of this terror. However, some readers were quick to belittle this serious threat with references to someone called Lulz Boat, who we assume is a relative of Louise.

“It’s The Lulz Boat, Lulz meaning laughs. Where the hell are you people getting Louise from? You can’t find hackers if you can’t figure out their names. Say “lulz” repeat after me….Luuuullllzzz….luuuullllzzz. L….U….L….Z. Get it right, at least show some respect, else they might come after you.”

We also received comments directly on our exposé, including:

“Sky News and The Inquirer are stupid. If only the industry experts actually knew anything, this would not have happened. The hacker group is know as LulzSec, and their Twitter page is called The Lulz Boat. Another thing: Anonymous has no leader. Anonymous is a movement, not a club. Thank you very little, ‘industry expeerts.'”

“Nice fail skynews and the Inquirer.”

“you people cannot honestly be that stupid. The LULZ BOAT which is Internet lingo for lols, or ‘laugh out loud’ turned internet meme.”

Sufficed to say, while it might be easier to go after relatives of Boat instead of the woman herself, this public disregard for how serious Boat’s crimes are is unsettling. If Boat is allowed to continue her reign of terror unchecked, the internet will soon become no better than the Wild Wild West. µ

Cell Phone Guide for Occupy Wall Street Protesters (and Everyone Else)