The Truth Behind the Bath Salts “Epidemic” 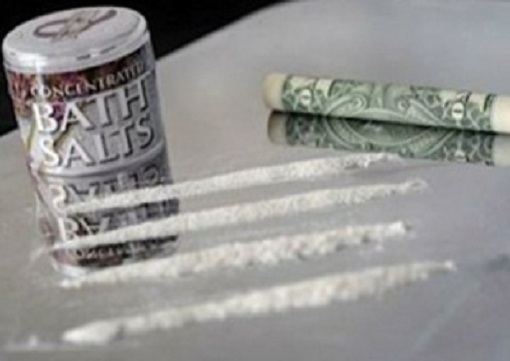 After the explosion in use comes the demonization. Then the press, despite a total lack of causal evidence, parrots the outlandish accusations.

Drug scares, like the seasons, are cyclical. Here in the US, we had media firestorms over crack in the 80’s, meth in the 90’s, and prescription painkillers in the 00’s. Right on schedule, the latest demon drug that is supposedly tearing our society apart has entered stage left: bath salts.

Bath salts really just means a drug that is a combination of two stimulants—MDPV and mephedrone. Sold online and via headshops as a cheap, legal alternative to cocaine and ecstasy, mephedrone was first synthesized in 1929 while MDPV came along in 1969. Both were rediscovered in 2003 and they were perfect drugs for the Internet age—an ideal alternative to pricy illegal drugs that could be obtained legally with nothing more than a credit card and the click of a mouse.

The exact pharmacology of bath salts can vary, as compounds are constantly tweaked by chemists to stay one step ahead of the law. “Most of these substances seem to be cathinone derivatives, and as such are central nervous system stimulants that act through interruptions of dopamine, norepinephrine and—to a more limited extent—serotonin function,” explains Dr. Adi Jaffe, an addiction specialist at UCLA. While noting that actual research on these substances is in its early stages and reports are limited, Jaffe says that “at low to moderate doses the most common effects for MDPV can be thought of as meth-like: stimulation, euphoria and alertness. Mephedrone seems to act more like MDMA than meth.”

While the chemistry may change, one thing that has remained consistent is the ballooning popularity of this sector of the drug market.

After the explosion in use, the next phase of the drug scare comes in the form of demonization, and the authorities have certainly wasted no time in making some pretty wild allegations about the supposed effects of bath salts; recently we’ve heard that these drugs can causes cannibalism, a la the infamous Miami face-eater, pedophilia and evencross-dressing goat abuse.

The third part of any good drug scare happens when the press, despite a total lack of causal evidence, parrots these outlandish accusations. In the Miami cannibal case, the link between bath salts originated from a statement made by someone with no direct involvement with the case—the president of the Miami Fraternal Order of Police, Armando Aguilar—despite the fact that an autopsy and toxicology had yet to be performed on attacker Rudy Eugene.

In the case of Shane Shuyler, the Miami man accused of exposing himself to children while “allegedly” under the influence of bath salts, the evidence was no less hazy. The police said they found something that “appeared” to be bath salts in his wallet (i.e. an unidentified white powder). And then there was this strange quote from a detective giving evidence against Shuyler: “Upon talking to him, he made some statements to me which led me to believe that he was cooling off in a fountain by the tot-lot, because he was hot, which was consistent with ingesting bath salts.” The logic being that since bath salts cause users body temperatures to rise, then cooling off by a water fountain is evidence of bath salts use. Never mind the fact that the incident took place in June, in Miami, where the average temperature is 88.1 degrees.

After the hype comes the crackdown, which means that high-profile cases like these have created a push from both the media and law enforcement for a federal ban on the sale of bath salts.

Florida Republican Rep. Sandy Adams is one of the politicians who helped push the Combating Dangerous Synthetic Stimulants Act of 2011 through the House last December. The bill would federally ban MDPV and mephedrone, the two chemicals found in bath salts, as well as outlawing dozens of other chemicals found in synthetic drugs. The reasoning? “Looking at the Miami incident, we’ve seen people do some very bizarre acts on bath salts,” Adams told the U.S. News and World Report. If he gets his way, bath salts would be categorized alongside heroin and LSD.

So can bath salts really cause ordinary normal people to cannibalize strangers, expose themselves to children, or murder goats? And if they can, why on earth would anybody take them? A drug that has been described variously as “super powered LSD” and “PCP on crack” seems like a confusing proposition. So which is it?

“The reason for the contrasting descriptions is most likely the small but very significant difference in the specific chemicals involved,” says Dr. Jaffe. “Meth and ecstasy are very close chemical cousins but obviously cause very different effects for the user; the same is true here.”

To better get a handle of what is happening here in the US, I looked toward the United Kingdom, which has recently been through a similar cycle of shock horror media coverage of the “bath salt epidemic,” followed by a rush to ban. Bath salts were known under various aliases in the UK, including M-Kat, Meow-Meow and Bubbles, so for the sake of clarity, I’m going to use their chemical name of the most common compound: mephedrone.

“The issues in the US and UK are very similar, except that, as in many things, the US hype is even more over the top than that in the UK,” says Danny Kushlick, founder of the Transform Drug Policy Foundation, a charitable think tank that attempts to draw public attention to the fact that drug prohibition is the major cause of drug-related harm. “I mean, we never got so far as cannibalism.”

Yet at its height, the mephedrone scare in the UK was still pretty lurid; according to some of the coverage, it was linked to overdose, patricide and at least one case of self scrotum tearing. Many of these stories would later be disproved (the scrotum story, unsurprisingly was revealed as a hoax) and the two deaths that started the whole media scare—that of Louis Wainwright, 18, and Nicholas Smith, 19—turned out to be totally unrelated to the use of the drug. By the time the toxicology report on Wainwright and Smith had been published, however, it was too late: the drug had been banned a month earlier by the UK parliament, after a one-hour debate and no vote on the matter.

Kushlick, who is on the council of the International Harm Reduction Association, and is a member of the British Society of Criminology’s Advisory Council, was a vocal opponent of the rush to ban mephedrone in the UK. In the months following the ban, he saw harm actually increase and not reduce because, he said, “when mephedrone was banned, the price increased and it was sold not by legitimate retailers but by non-tax paying unregulated dealers. It was also immediately replaced by a more potent compound and traded as Ivory Wave, which users had little experience with so they were more likely to get into trouble.”

These sentiments are echoed by Dr. Fiona Measham, a senior lecturer on Criminology at Lancaster University and the author of several books on drug use in young people. Her groundbreaking research into the use of mephedrone in the UK has provided some of the only hysteria-free data into mephedrone and the people who use it. Her paper, “Tweaking, Bombing, Dabbing and Stockpiling; the emergence of mephedrone and the Perversity of prohibition” (2010 Measham, et al), is the definitive account of the UK’s experience with the drug from the perspective of the people who actually use it.

“The government might claim that the ban was successful because mephedrone use and deaths have fallen,” says Measham, “but for me the question to ask is: what are users taking instead? In the UK, the rise and fall of mephedrone in 2009 and 2010 tracked the fall and now rise in the purity of cocaine, ecstasy pills and MDMA powder. [Since the ban], pills are back, big time, and the legal highs—whether now banned or not—just don’t compete for most recreational users.”

Despite the hazy evidence that it would have any effect at all on the level of drug use among young people, a federal ban is something that many in politics and law enforcement are in favor of here in the States. All it really seems guaranteed to do is drive up prices, lower purity and criminalize young people who continue to use the drug. At best, the use of the drug might be reduced as users switch over wholesale to different drugs. But in the politics of the drug war, no one ever let the truth get in the way of an expansion of hostilities. The police, Drug Enforcement Agency and court system will always welcome a new front in the war.

The big motivation, as always, is money. Local authorities want more money to “fight the war on drugs” even if they are fighting against a phantom menace. Already there are dark rumblings from the cops about needing more resources to fight against this army of bath salts crazed cannibals who are seemingly about to smash down your door and devour your children.

“The cities are deeply involved [in banning synthetic drugs] because the state can’t seem to get on top of it,” Pembroke Pines Commissioner Angelo Castillo said in an illuminating interview with Inquisitir.com. “We see cities jumping in to handle it because the state isn’t. Otherwise people die and people’s faces get chewed off.” Castillo added, “This is the next horizon in the war on drugs and we need to gear up and deal with it.”

Kushlick, who has seen firsthand the lack of effect that “gearing up to deal with it” has had on levels of use, suggests a more pragmatic approach. “The wiser move would have been to leave meph on the market and monitor its effect in order to ascertain its costs and benefits,” he tells me. “We know from experience that the Iron Law of Prohibition means that milder drugs will be replaced by more potent ones. That’s what happened under alcohol prohibition in the US as bootlegged spirits replaced beer. Conducting research on its effects and how people were using it could have been used to provide information to current and potential new users.”

The bottom line is this: more and more new users are trying bath salts, at least in part because of the attention thrust on the drug by the hysterical press coverage. When they discover that it doesn’t cause them to chew off peoples’ faces or tear off their own genitals, then they are more inclined to ignore all warnings about these drugs’ potential dangers. Kushlick’s advice to users is less likely to get the press excited but more likely to reduce harm. “As with any drug, if you are not used to using meph, you should take a small amount to assess its effects on you as an individual,” he says. “Always take new drugs with someone who is an experienced and trusted friend. Just because you have a good effect from the dose you’ve taken, do not assume that you can double the fun by doubling the dose.”

Tony O’Neill is the author of several novels, including Digging the Vein and Down and Out on Murder Mile and Sick City. He is the co-author of the New York Times bestseller Hero of the Underground (with Jason Peter) and the Los Angeles Times bestseller Neon Angel (with Cherie Currie). O’Neill has also covered Jerry Stahl and abstinence, among many other topics, for The Fix.