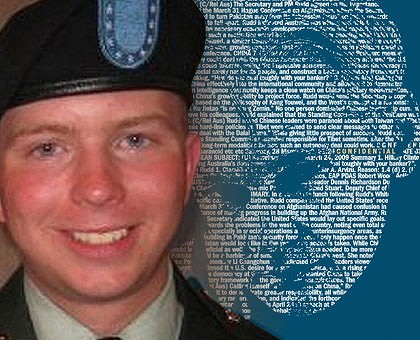 Bradley Manning, the U.S. Army private accused of leaking classified U.S. information to WikiLeaks in 2010, has been nominated for a Nobel Peace Prize.

Manning was arrested in May 2010 after allegedly leaking more than 250,000 U.S. diplomatic cables, 400,000 U.S. Army reports about Iraq and another 90,000 about Afghanistan, as well as the material used in the “Collateral Murder” video produced by WikiLeaks. He was detained for nine months — first in solitary confinement at the Marine Corps Brig in Quantico, Va., and then at a medium-security military prison at Fort Leavenworth, Kan. — for nine months before formal charges were brought against him last week.

Manning faces 22 charges in sum, the most serious is “aiding the enemy,” a crime punishable by death. Army prosecutors have insisted, however, that they are seeking a life imprisonment and not a death penalty sentence, should Manning be found guilty. He has also been charged with disclosing classified information to a person not authorized to receive it, wrongfully causing intelligence to be published on the Internet knowing that it is accessible to the enemy and violating Army computer use rules.

The names of 191 individuals and 43 organizations were submitted to the Norweigan Nobel Committee for consideration. Every year, the five-member Committee sends out thousands of letters to qualified individuals — lawmakers, university professors and other figures involved in the public sphere — calling for nominations. The lists of nominees are kept secret for 50 years, but some voting individuals choose to announce their nominations publicly.

In addition to Manning, former Ukrainian Prime Minister Yulia Tymoshenko and Russian human rights activist Svetlana Gannushkina were nominated for the prize, the AP reports. The winner — or winners, should the prize be shared — will be announced in October.