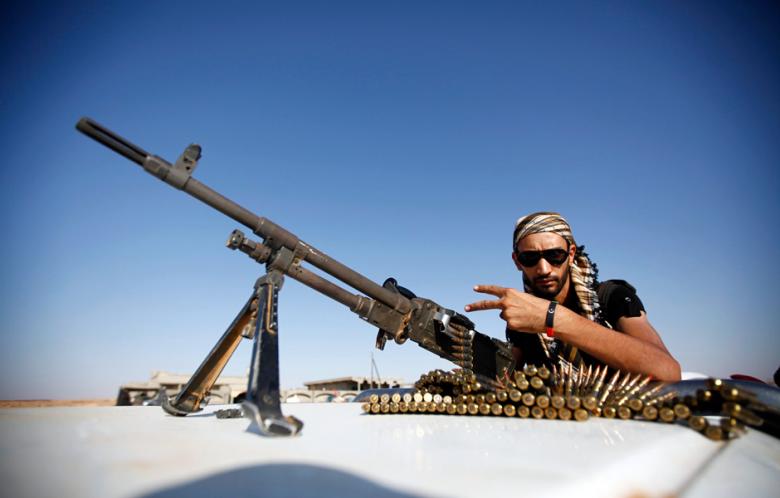 US government officials requested that an American private security firm contact Syrian opposition figures in Turkey to see “how they can help in regime change,” the CEO of one of these firms told Stratfor in a company email obtained by WikiLeaks and Al-Akhbar.

James F. Smith, former director of Blackwater, is currently the Chief Executive of SCG International, a private security firm with experience in Afghanistan, Iraq, and Libya. In what appears to be his first email to Stratfor, Smith stated that his “background is CIA” and his company is comprised of “former DOD [Department of Defense], CIA and former law enforcement personnel.”

“We provide services for those same groups in the form of training, security and information collection,” he explained to Stratfor. (doc-id5441475)

In a 13 December 2011 email to Stratfor’s VP for counter-terrorism Fred Burton, which Burton shared with Stratfor’s briefers, Smith claimed that “[he] and Walid Phares were getting air cover from Congresswoman [Sue] Myrick to engage Syrian opposition in Turkey (non-MB and non-Qatari) on a fact finding mission for Congress.”

In a profile of Walid Phares published in Salon, As’ad AbuKhalil details Phares’ history with right-wing militias during the Lebanese civil war.

Sue Myrick, who allegedly was providing “air cover” for the “fact finding team”, is a Republican Congresswoman from North Carolina who has a track record of extremist pro-zionist and anti-Islamic views.

These include leading the charge against Dubai Ports World’s attempt to buy major American ports in 2006 – labeling the Islamic Society of North America as a group of “radical jihadists” – and demanding that former President Jimmy Carter’s citizenship be revoked for daring to meet with Hamas leaders in 2008.

Currently, Myrick is a member of the United States House Permanent Select Committee on Intelligence, a congressional committee charged with overseeing the American intelligence community, and is also involved with the Department of Defense and the US military.

In his email, the “true mission” for the “fact finding” team, Smith told Burton, was how “they can help in regime change.”

Furthermore, the email added that Smith intended to offer “his services to help protect the opposition members, like he had underway in Libya.” He also said that Booz Allen Hamilton, an American consulting firm regularly contracted by the US government for civil and defense projects, “is also working [with] the Agency on a similar request.” (doc-id 5331882)

Smith had originally contacted Stratfor through an email to its founder George Friedman on 15 February 2011 in order to thank the private intelligence firm for its “excellent service of intelligence reporting and analysis.”

This email was forwarded by Friedman to Burton, who gradually built a friendly relationship with Smith.

By September, Smith had become a major source for Stratfor. Codenamed LY700, he provided intelligence to Burton on developments in Libya – where Smith and his company were contracted to protect Libyan National Transitional Council (NTC) members and train Libyan rebel fighters after the implementation of the no-fly zone in March 2011. (doc-id 121087)

Smith’s intelligence impressed Burton, who in praising him to his peers reeled off another one of his signature racist slurs, “Good skinny. This is what is defined as a credible source. Not some windbag Paki academic belching and passing gas.” (doc-id 5280688)

On the same day Burton was informed of Smith’s new assignment to Syria, he requested an overview of the Syrian opposition from the Startfor briefers, Zucha and Aflano.

The trail of emails ends December 13, days before the Stratfor mail servers were reportedly hacked, with Burton saying that his source “is meeting w/specific people described as key leaders.” (doc-id 5293788)

9/11: Reality and the Beliefs of the Military and Clandestine Community