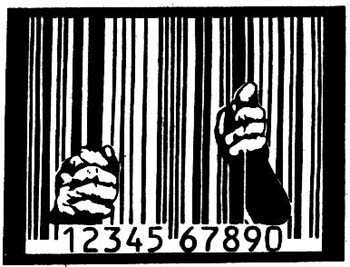 COXSACKIE – Inside a converted dormitory is a set-up that could pass for any typical office until you notice that all the workers are wearing prison jump suits.

When New Yorkers place calls to DMV’s general purpose telephone numbers, they will be answered here at Greene Correctional, or at a similar set-up at Bedford Hills women’s prison.

“Obviously, it saves taxpayer dollars,” said the Commissioner of Corrections and Community Supervision Brian Fischer. “Number two, it provides what we call a transferable skill.”

Officials say the call center position is one of the most coveted jobs inside the prison. Not for the pay, it’s about a dollar an hour, but for other reasons.

“A lot of times we need to feel like we are appreciated and it builds self-esteem,” said inmate John Howard, originally from Brooklyn. “It allows me the opportunity to speak to different people of different nationalities, regardless of what ethnicity and it makes me feel like wow, I can do better.”

Corrections and Motor Vehicles stress that no personal information is displayed to the prisoners.

They don’t have access to computers and are pretty closely monitored, but at no time are callers informed they’re talking to a prisoner.

The idea is to make it a standard, polite conversation on both ends.

“Most of the time people are very pleasant,” said inmate Andrew Cooper from Brooklyn. “We have situations where people call and they’re irate, however, we’re trained to diffuse those situations.”

The President of the Civil Service Employees Association, Danny Donohue described the arrangement as ” a bad idea generally and even worse considering the current economy”.  He noted that New York State has decided to help prisoners develop “marketable skills” rather than make appropriate and necessary jobs available to law abiding citizens.