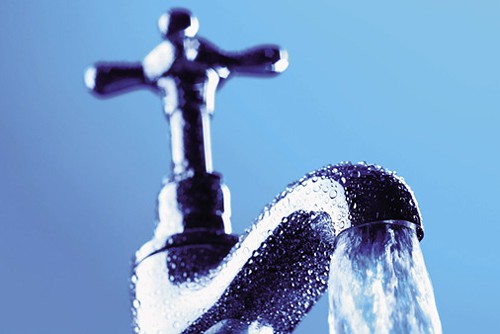 Roughly 85,000 fewer people living in North America will be forced to drink and bathe in fluoridated water, thanks to four recent community victories preventing or overturning water fluoridation mandates. The towns of O’Fallon, Missouri; Rosetown, Saskatchewan; Lake View, Iowa; and Cassadaga, New York are all now officially fluoride-free, proving that individuals really do have the power to step up and protect themselves against one of the most ridiculous folklores of the past century to be thrust on the people in the name of public health.

As reported by the Fluoride Action Network (FAN), which has tabulated more than 70 community victories against fluoride across North America since 2010, a single citizen activist concerned about the safety of fluoride was able to persuade the City Administrator of O’Fallon, MO, population 80,000, to discontinue the town’s water fluoridation program. The town’s 2012 budget report states that the change will save the town $18,000 annually, and reduce the hazard for water operators who will no longer “have to handle the dangerous chemical on a regular basis.”

In Rosetown, SK, the failure of a fluoride feed pump was enough to scrap the outdated practice of water fluoridation, while water fluoridation’s high cost with lack of economic and societal benefit convinced the city council of Lake View, IA, to discontinue the pointless practice. And in Cassadaga, NY, local citizens rejected a proposal to fluoridate by an 87 percent margin, even after the town had already built a special shed to begin housing and pumping fluoride chemicals into the water supply.

In Portland, Oregon, where rogue city council members and Mayor Sam Adams recently forced through a fluoridation mandate against the will of the people, more than 43,000 local citizens signed a petition to force the issue to a public vote. As of this writing, these signatures are still being counted — but since only 19,858 were required to get the issue on the ballot, the issue will almost surely be put up for a public vote.

And in New York City, where councilman Petter Vallone, Jr. has been working feverishly to end water fluoridation in America’s largest city, a resolution has been introduced to require that a warning about fluoride’s dangers for infants be printed on individual water bills. Both Milwaukee, Wisconsin, and the entire state of New Hampshire recently passed similar requirements for infant warning labels on water bills.

Lastly, both the Greater Pine Island Water Association, which serves the area of St. James City near Fort Myers, Florida, and the Ormond Beach City Commission, also in Florida, are also reconsidering their existing fluoridation mandates. The former group will have its members vote on the issue, while the latter group has already approved a referendum that will allow voters to decide the issue in an upcoming election.