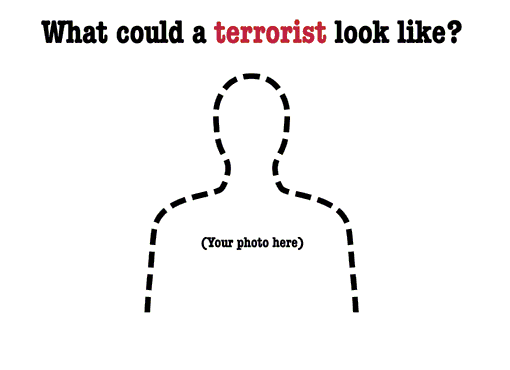 There have been so many anti-terrorism laws passed since 9/11 that it is hard to keep up on what kinds of things might get one on a “list” of suspected bad guys.

We’ve prepared this quick checklist so you can see if you might be doing something which might get hassled.

The following actions may get an American citizen living on U.S. soil labeled as a “suspected terrorist” today:

Holding the following beliefs may also be considered grounds for suspected terrorism:

Many Americans assume that only “bad people” have to worry about draconian anti-terror laws.

But as the above lists show, this isn’t true.

When even Supreme Court Justices and congressmen worry that we are drifting into dictatorship, we should all be concerned.

DRONES: Everything You Need To Know About Small UAVs to Hunter Killer Skynet Robots

VETERAN: We didn’t “serve our country”; We serve the interests of Capital