War on Drugs “Transferred” to Private Mercenaries Including Blackwater 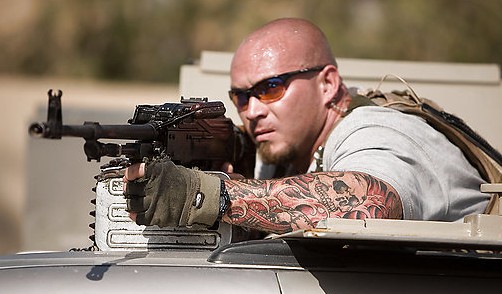 Since the drug war has become so unpopular with the electorate, instead of politicians actually changing the drug laws, the Department of Defense seeks to reduce and conceal the real costs by transferring the “dirty work” to private contractors to do what “U.S. military forces are not allowed or not encouraged to do.”

The BBC (in Spanish) is reporting that the U.S. Department of Defense is delegating the war on drugs to private mercenary companies.  Of those companies, the increasingly infamous organization previously known as Blackwater is said to have received several multimillion-dollar government contracts for “providing advice, training and conducting operations in drug producing countries and those with links to so-called “narco-terrorism” including Latin America.”

The “no bid”contracts, issued under the Counter-Narcoterrorism Technology Program Office’s $15 billion dollar budget, are described as “non-specific” and are said to be “juicy” for the private contractors. The Pentagon says “the details of each cost in very general contracts do not go through bidding processes.”

An unnamed analyst says “the responsibility of the public and national security changing from a state’s duty to be a private business…has become the trend of the future.”

Although parts of the drug war have been privatized for years, the BBC reports this “transfer” of responsibilities is an attempt to placate those looking for Pentagon budget cuts in an election year.

According to Larry Birns, director of the Council on Hemispheric Affairs (COHA), “the drug war is unpopular and has no political weight except in an election year like this, so the Department of Defense wants to remove that spending from their accounts.”

“They surreptitiously want to reduce anti-drug budget by transferring it to private agencies,” said Birns.

Bruce Bagley, head of International Studies at the University of Miami, agrees with Birns that the main reason for privatizing the drug war is to sidestep “the high political cost.”

But this move is not without risk, as private mercenaries have known to operate outside of national and international laws.  ”Here we go into a vague area where the rules of engagement are not clear and there is almost zero accountability to the public or the electorate,” said Bagley.

The Pentagon maintains that it’s perfectly legal, and mercenaries must follow strict parameters.  However, Bagley points out that “few members of the Oversight Committees of the Senate and the House are aware, but they are required to keep secret, so all this flies under the radar.”

There are concerns that contractors acting independently will threaten the sovereignty of the “key countries” in which they will operate.  The Pentagon says the largest efforts will occur in Latin America including Mexico,  Central America, Caribbean, Columbia and other Andean countries.

Professor Bagley says these private armies could “generate a nationalist backlash if the public came to realize the situation” of operations in their countries.

Once again, the war on drugs creates the opportunity to place troops in countries where having American soldiers would be politically disadvantageous, or simply impossible.

Ultimately, the Pentagon claims they will save money because private contractors don’t have the bureaucracy and hierarchy involved in operations and because “if any of its employees dies, they are responsible.”

Apparently, humanity is the last concern for the Pentagon budget, which always seems to have plenty of money for advanced weapons systems (also privatized), but is consistently lacking in benefits for its veterans.  By privatizing the drug war, they no longer have to concern themselves with paying for benefits for warriors who pledge allegiance to the United States and take an oath to defend its Constitution.

As the war on drugs is increasingly viewed as a money-draining failure, it’s unlikely that this move to privatize it will succeed in anything but creating demand for more profit, thus fueling its continuance through corporate lobbying to prevent a political end to such lunacy.

Quotes are translated from Google translator, and Eric Blair speaks adequate Spanish as a second language.