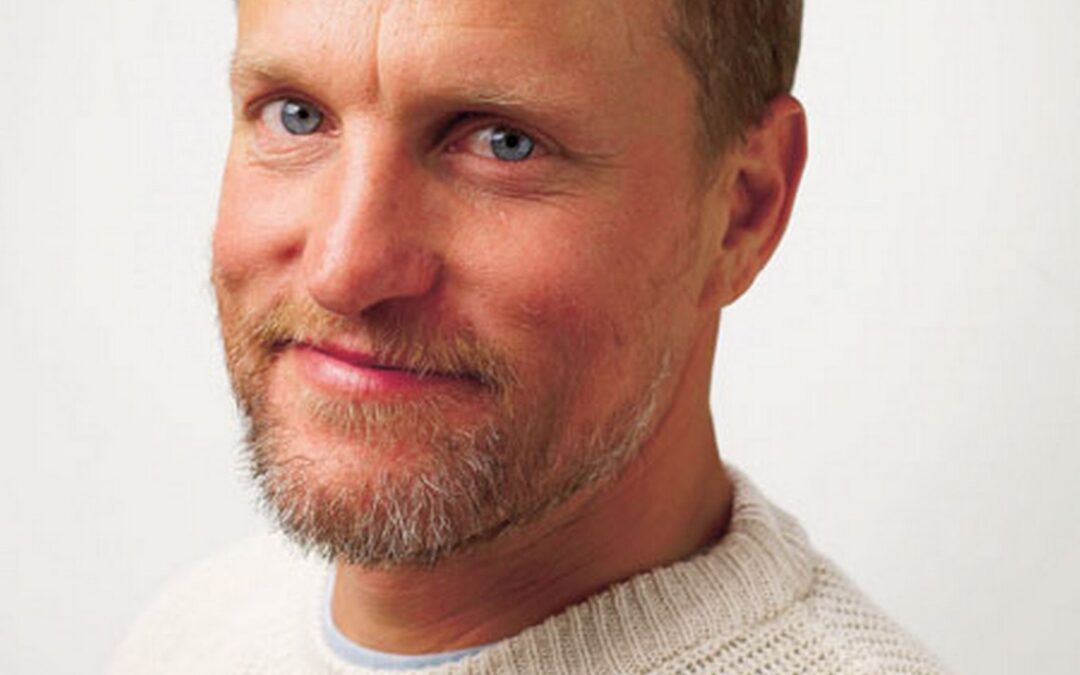 What is impressive about Woody Harrelson is his obvious compassion. For the animals, for the planet and now – for the trees.

It is evident in most everything he does, on and away from the silver screen that he is passionate. Harrelson is a vegan and long time vegetarian, stating, “When I was 23, 24, I used to have a really bad runny nose, mucus, tons of acne, reddishness all over. A woman on a bus I took looked at me and said I was lactose intolerant. (She said), ‘Stop dairy for three days, and all this is going to go away.’ I stopped dairy, and sure enough it was gone three days later, never to return except when I get dairy accidentally.”

“I used to eat burgers and steak, and I would just be knocked out afterward; I had to give it up.”

Harrelson is a raw vegan, he doesn’t eat sugar, flour, dairy or meat. He lives with his family on a working organic farm on Maui — runs a biodiesel tractor, grows five different kinds of avocado trees, and tons of coconuts.

He is definitely an environmentalist – his company, Prairie Paper Ventures makes paper from crop waste instead of trees. Their website chants “Give Wheat a Chance.”

It took awhile to figure out how to turn leftover wheat and straw into paper, but he and his partners Jeff Golfman and Clayton Manness, figured it out and now there are 2 mills running in India – under the line “Step Forward“.

“Just know that two boxes of this paper saves one tree, so you can make a very real difference,” Harrelson says in a video on the company’s site promoting its “new paper paradigm.”

Staples has jumped on the bandwagon – they’re selling Prairie Paper in their stores in Canada and online. A ream, made of 80 percent wheat straw waste fiber and 20 percent wood fiber, sells for about $8.50.

What Harrelson will do next nobody knows, but for certain – it will be for the good of the planet.