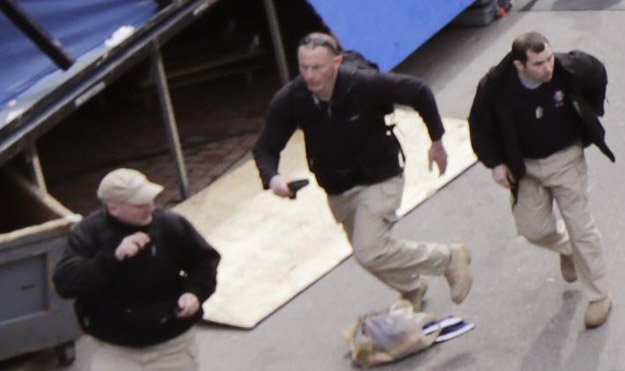 Will we ever learn the full truth about the Boston Marathon bombing?  Personally, I have been looking into this attack for days, and I just keep coming up with more questions than answers.  At this point, I honestly have no idea what really happened.  Why was a bomb drill being held on the day of the attack?  Why have authorities denied that a bomb drill was taking place?  Were Tamerlan and Dzhokhar Tsarnaev acting alone?  What was the nature of their previous contacts with the FBI and other federal agencies?  Why did the FBI at first deny that they had been in contact with the Tsarnaev brothers previously?  Why was the investigation of a mysterious Saudi national with familial links to al-Qaeda suddenly dropped shortly after the Saudi ambassador held an unscheduled meeting with Barack Obama?  Why did Michelle Obama subsequently visit that mysterious Saudi national in the hospital?  If you are looking for answers to these questions, I am afraid that I don’t have them at this point.  But what alarms me is that the mainstream media seems to be afraid to ask any of the hard questions that they should be asking.  They just seem to swallow whatever the authorities tell them hook, line and sinker without following up on any of the things in this case that simply do not seem to make sense.

So what kinds of questions should they be asking?  The following are 17 unanswered questions about the Boston Marathon bombing that the media appears to be afraid to ask…

#1 Why were runners being told that a bomb squad drill was taking place during the Boston Marathon?  The following is from an article by Natural News…

Alastair Stevenson is a veteran marathon runner who has competed in dozens of marathons around the world, including the London Marathon. He’s very familiar with the security typically found at marathons, and he immediately noticed something odd about the Boston marathon security.

“At the start at the event, at the Athlete’s Village, there were people on the roof looking down onto the Village at the start. There were dogs with their handlers going around sniffing for explosives, and we were told on a loud announcement that we shouldn’t be concerned and that it was just a drill. And maybe it was just a drill, but I’ve never seen anything like that — not at any marathon that I’ve ever been to. You know, that just concerned me that that’s the only race that I’ve seen in my life where they had dogs sniffing for explosions, and that’s the only place where there had been explosions.”

#2 Why did authorities deny that a bomb squad drill was being held?

#3 According to The Mirror, the FBI is reportedly “hunting” a 12-strong terrorist “sleeper cell” that Tamerlan and Dzhokhar Tsarnaev were allegedly a part of…

A source close to the investigation said: “We have no doubt the brothers were not acting alone. The devices used to detonate the two bombs were highly sophisticated and not the kind of thing people learn from Google.

“They were too advanced. Someone gave the brothers the skills and it is now our job to find out just who they were. Agents think the sleeper cell has up to a dozen members and has been waiting several years for their day to come.”

If that is the case, why are authorities in Boston adamantly insisting that the two brothers were acting alone?

#5 Debka is reporting that the Tsarnaev brothers were “double agents” which had been “hired by US and Saudi intelligence to penetrate the Wahhabi jihadist networks which, helped by Saudi financial institutions, had spread across the restive Russian Caucasian.”  Could this possibly be true?  If so, will the American people be told the truth about these links?

#6 According to their uncle, there were “mentors” that “radicalized” the Tsarnaev brothers.  So precisely who were those “mentors”?

#7 What happened during Tamerlan Tsarnaev’s trip to Dagestan and Chechnya last year?

#8 Were the Tsarnaev brothers in contact with a rebel leader named Doku Umarov who is known as “Russia’s Bin Laden”?

#9 Did Tamerlan Tsarnaev post a video on YouTube last summer that expresses a belief that the 12th Imam, Mahdi, will soon come and that an Islamic army with black flags with arise out of a province in Iran known as Khorasan?

The Daily Beast has confirmed with U.S. counter-terrorism officials that the bombs placed Monday at the marathon were made from pressure cookers, a crude kind of explosive favored by insurgents in Pakistan and Afghanistan. A recipe for a bomb that uses the pressure cooker was part of the debut issue of Inspire, the English-language online magazine of al Qaeda in the Arabian Peninsula.

#11 Initially we were told that Saudi national Abdulrahman Ali Alharbi was a “person of interest” in the case.  But now he is scheduled to leave the country with the full blessing of the U.S. government.  Why is there such a rush to get him out of the United States?

#12 Why aren’t we being told that Abdulrahman Ali Alharbi was photographed with two other Saudis in the vicinity of the Boston marathon bombings?

#13 Why aren’t we being told of the shocking familial links that Abdulrahman Ali Alharbi has to known members of al-Qaeda?  The following is from research complied by Walid Shoebat…

Many from Al-Harbi’s clan are steeped in terrorism and are members of Al-Qaeda. Out of a list of 85 terrorists listed by the Saudi government shows several of Al-Harbi clan to have been active fighters in Al-Qaeda:

Then you have Al-Harbi clan members in Gitmo:

There are specific Saudi clans that are rife with members of Al-Qaeda, which makes it quite alarming as to why nearly a hundred thousand student visas are issued to these. Americans are clueless as to clan ties when it comes to terrorism.

#14 Why did U.S. Secretary of State John Kerry have a private meeting with a Saudi foreign minister shortly after Abdulrahman Ali Alharbi was identified as a potential suspect?

#15 Why did Barack Obama hold an unscheduled meeting with the ambassador from Saudi Arabia shortly after Abdulrahman Ali Alharbi was identified as a potential suspect?

#16 Why did Michelle Obama visit Abdulrahman Ali Alharbi in the hospital?

#17 Why did numerous mainstream media outlets openly suggest that “right-wing extremists” were behind the bombings in the immediate aftermath of the attack?