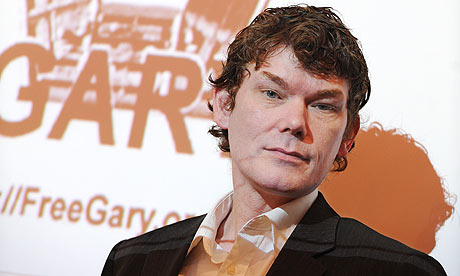 Are aliens real? One hacker who broke into US Military computers says yes, claiming that he found evidence of extraterrestrial life in the computer networks he broke into. Now, the United States is seeking extradition for breaching both military and NASA computer networks. However, the UK says that he isn’t fit to stand trial and has blocked his extradition.

Gary McKinnon, 46, was a computer administrator previously. He hacked into military networks right after the September 11th, 2001 attacks. He says that he was looking for evidence of extraterrestrial life in those computers and that he found it. He claims he found both photographs of alien spacecraft and names of aliens who had flown them. If that is true, then the conspiracy theorists have been right all along. Aliens have landed on Earth and the United States Government is covering them up.

US Officials said that he caused almost a million dollars in damage and prosecutor Paul McNulty called it the ” biggest hack of military computers ever, at least ever detected.” UK Officials like Home Secretary Theresa May say that McKinnon suffers from depression and is at-risk of taking his own life. British Prime Minister David Cameron is also a supporter of McKinnon, even taking the case to President Barack Obama.

So, are aliens real? Is the government covering up extraterrestrials? This is perhaps not the most credible case that involves aliens, but depression does not necessarily mean mental incompetence, and apparently Gary McKinnon was competent enough to hack into one of the most secure computer networks in the world. One thing is certain. If the conspiracy theorists are right, Gary McKinnon should be receiving a visit from the Men in Black sometime in the near future.

DHS Insider ‘Rosebud’: “Coming This Spring, Life for the Average American is Going to Change Significantly”

Police Departments Retaliate Against Organized “Cop Watch” Groups Across the US