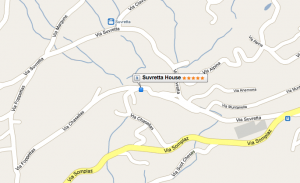 It’s confirmed that the shadowy group known as Bilderberg Group will be gathering this year for its annual meeting at the resort city of St. Moritz, in southeastern Switzerland, June 9-12, but they will have a lot of company. St. Moritz is a short distance from Davos, the site of the regular high-priced meeting of thousands of bankers, political leaders and other notables called the World Economic Forum. But unlike at Davos, where the press is always welcome, Bilderberg still tries to maintain absolute secrecy.

The legendary grand-hotel built in the style of a grand mansion is located in midst of nature, with an overwhelming view of the mountains and the lake of the upper engadine, but just two kilometers from the center of St Moritz. The Suvretta House is a multi-faceted microcosm offering unique and individual opportunities for repose and invigoration. Seasonal openings and Closures Approximate opening – Summer end June to beginning September winter mid December to beginning April. Suvretta House is just two kilometers from St. Moritz, nestled in mountains, 1,850 meters above sea level. Facing directly south, with an unrestricted view of the mountain peaks and lakes of the Upper Engadine, the Suvretta House rests suspended in a world of its own, far away from the everyday hustle and bustle.

Bilderberg has met in Switzerland four times over the years but never in the same city. Normally, when their sibling in crime, the Trilateral Commission (TC), meets in North America, Bilderberg does, too. This year, the TC will meet in Washington on April 8 to 10, but the Bilderbergers are avoiding the United States, in what may be an effort to fool the press. Bilderberg has been called the most exclusive and secretive club in the world. To be admitted, you have to own a multinational bank, a multinational corporation or a country. Since its first meeting in 1953, it has been attended by the top powerbrokers, financial minds and world leaders. The Bilderbergers hope that part of their common agenda with the “Trilateralists” will be accomplished by the time they meet: a U.S. invasion of Libya to generate increased Middle East turmoil so America can go to war with Iran, on Israel’s behalf.

Exact location of the Suvretta House Hotel in St Moritz

As has happened for several years, the Bilderbergers will blubber about how “ evil nationalists” are blocking their efforts to achieve world government. They will order oil prices to climb so desperate Americans might be made more willing to surrender sovereignty to a world government. They will promote wars for profit, and will advance the call for a world government to impose peace—as if peace can be imposed. It is ironic that Bilderberg attendees love Switzerland so much because they are poles apart politically from Switzerland, which declared itself a non-interventionist neutral country four centuries ago. It has been involved in none of the world’s bloody wars since.

The Bilderbergers can expect to be loudly greeted by several European news outlets and some of the U.S. independent media. In Europe, a major metropolitan daily newspapers from Paris, London and other cities gave major coverage to Bilderberg. But The Washington Post, The New York Times and The Los Angeles Times and their numerous chains will submit to muzzling because their top representatives are actual Bilderberg participants themselves.

Update: lots of discussion was going on about the exact location of the 2011 Bilderberg meeting. UK newspaper The Guardian has been known to always report objectively about the Bilderberg Group and they recently confirmed Bilderberg is gathering this year at the Hotel Suvretta House in St. Moritz.

Far more interesting news reached us which could make the St. Moritz events rather insignificant. Different sources told us there will be a second simultaneous meeting in Geneva. Will they use the conference in St. Moritz as a media shield, to prevent too many unwanted visitors at the real meeting in Geneva? All very interesting developments as we are getting closer to the conference date…

A Quick History: Illuminati, Nazis and the Illegal State of Israel