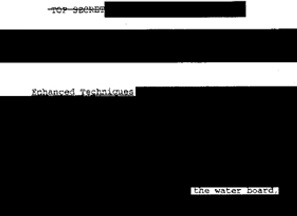 A Bloomberg investigation shows that the federal government is paying a military contractor facing allegations of torture to manage some public records work.

The Freedom of Information Act allows ordinary people to learn about behind the scenes functions of our government. There are a number of limited, discrete exemptions to the law, which allow agencies to redact or withhold documents in whole or in part. But generally speaking, the law grants us broad access into the workings of our government — and it is therefore one of the key mechanisms whereby we learn of illegal or inappropriate government activities. FOIA is a necessary transparency mechanism in our democracy.

That’s why it’s shocking to learn, as Bloomberg news reports today, that increasingly the process of managing and responding to our FOIA requests is being handled by private corporations. The investigation shows that at least 25 federal agencies are farming out their FOIA work to private companies, at a cost both to taxpayers and to the integrity of the open records system. As director of the Sunlight Foundation John Wonderlich told Bloomberg:

If I was in charge of an agency and wanted to create an unaccountable FOIA process, the first thing I would do is put an outside contractor in charge of it because fewer of our accountability laws apply to them…It would just be another layer between me and the public.

It gets worse. Not only does the contracting out of FOIA work shield the government from precisely the transparency the law is meant to institute. There could be very serious conflicts of interest involved when private companies are tasked with managing the processes whereby sensitive (and likely embarrassing or damning) government secrets are disclosed to the public.

Case in point is CACI International, a military and intelligence contractor that is facing a lawsuit alleging its employees participated in the torture of detainees at Abu Ghraib prison in Iraq. CACI is one of the companies the federal government has outsourced FOIA work to over the past ten years.

Should a company accused of serious human rights violations in a war zone have any involvement with open government processes designed to disclose precisely such abuses?