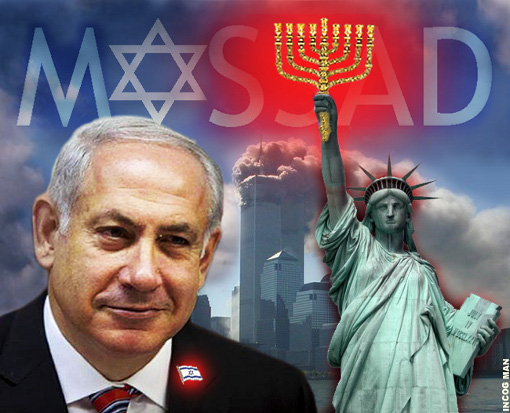 A new book reveals that a department known as Kidon within the Mossad has dispatched assassins into Iran in order to murder the nuclear scientists, thereby stunting the country’s nuclear energy program.

Authors Dan Raviv and Yossi Melman in their book Spies against Armageddon: Inside Israel’s Secret Wars state that the notorious spy agency has killed at least four Iranian nuclear scientists, including targeting them with operatives on motorcycles, an assassination technique used by the elite killers at Kidon.

The Kidon killers “excel at accurate shooting at any speed and staying steady to shoot and to place exquisitely shaped sticky bombs” and consider it their hallmark.

Kidon, known to be one of the world’s most efficient killing machines, is technically described as a little Mossad within Mossad.

Tasked with carrying out covert ops across the world, Kidon has embarked on a number of black ops and assassinations in different countries.

Those who kill for Kidon are selected either from within the Mossad spy agency or from among the natives of the countries where they plan to carry out assassinations.

For instance, in case of the nuclear assassinations conducted in Iran by Kidon, they basically hired people with Iranian or dual nationalities. One of the Mossad assassins was Majid Jamali Fashi who confessed he had cooperated with Mossad for financial reasons only.

Majid Jamali Fashi assassinated Massoud Ali-Mohammadi, a professor at Tehran University in January 2011 by blowing an explosive-laden motorbike via a remote-controlled device. He reportedly received training from Mossad inside Israel as well as $120,000 to assassinate the Iranian scientist. According to his confession, Jamali Fashi received forged documents in Azerbaijan’s Heydar Aliyev Airport to travel to Tel Aviv.

He confessed, “I woke up early in the morning and as we were trained I went to the warehouse. I had to prepare the box which contained the bomb. I took the motorbike out of the house and reached a location that I had to contact them. I went to the alley [where the professor resided]. It was vacant. No one was there. I brought the bike to the sidewalk and parked it in front of the house. They told me that the mission had been accomplished and that I had to discard my stuff.”

Jamali Fashi was executed under the Iranian judicial system on 15 May, 2012. Parenthetically, Azerbaijan has in recent years become an apparent haven for Mossad spies and assassins.

Another Mossad operative of Iranian nationality has been identified as Ja’far Khoshzaban, alias Javidan, who has been working under the auspices of Azeri security forces and who has been involved in nuclear assassinations. Iranian intelligence ministry has demanded the extradition of Mossad’s Iranian spy from Azerbaijan. Iran has reportedly obtained documents, suggesting that Azeri officials have aided and abetted Mossad and CIA agents in their targeted killings of Iranian nuclear scientists, namely Mostafa Ahmadi Roshan. As a matter of fact, CIA is constantly mentioned along with Mossad as the main elements in the nuclear assassinations.

Ahmadi Roshan was assassinated on January 11, 2012 when an unknown motorcyclist attached a magnetic bomb to his car near a college building of Allameh Tabatabaei University in northern Tehran.

Using the same ‘sticking bomb technique’, the Kidon assassins attached bombs to the vehicles of Iranian university professors Majid Shahriari and Fereydoun Abbasi and detonated the explosives on November 29, 2010. Professor Shahriari was killed immediately, but Dr. Abbasi and his wife only sustained minor injuries.

As a rule, the Kidon kill team is comprised of four highly seasoned men: 1. Tracer 2. Transporter 3. Helper 4. Killer. The tracer spots the target. The transporter guides the assassination team to the target. The helper basically serves as the motorcycle driver who helps the killer and the killer is tasked with shooting the target or attaching magnetic bomb to the car of the victim.

According to the book Spies against Armageddon, the Kidon agents are well-trained in shooting and placing “exquisitely shaped sticky bombs” and consider it their hallmark.

These facts aside, it rather seems sort of naïve to disregard the role of the CIA-backed MKO terrorists in the nuclear assassinations and give all the credit to the Kidon agents. There is solid evidence which evinces the MKO role in the assassination of the Iranian scientists.

American commentator Richard Silverstein believes that the primary source of income for the terrorist Mojahedin-e Khalq Organization (MKO) comes from the assassinations the group conducts within the Iranian soil at the behest of the Mossad. He argues that “If you’re a terrorist on behalf of Israel, as MKO is, then you’re kosher as far as (US-based Israeli publicist) Dershowitz is concerned. And your money is golden. Where does the money come from? Possibly from the Iran assassinations the MKO performs on Mossad’s behalf, which undoubtedly pay well. Then there’s the possibility that the USD 400-million Bush allocated for destabilizing Iran in 2007 has found its way either to the MKO or Mossad (or both)”

More to the point, the CIA works in the same satanic league with the Mossad and MKO. Time and again, the officials in Washington have encouraged and even confessed to the killings of the Iranian nuclear scientists.

Former US senator Rick Santorum callously described the assassination of Iranian scientists as “wonderful,” threatening that those who work for Iran’s nuclear program “are not safe.”

“On occasion, scientists working on the nuclear program in Iran turn up dead. I think that’s a wonderful thing, candidly.”

He also said, “I think we should send a very clear message that if you are a scientist from Russia, North Korea, or from Iran and you are going to work on a nuclear program to develop a bomb for Iran, you are not safe.”

Also, former Bush administration ambassador to the UN John Bolton said on Fox News that the killing of an Iranian scientist and sanctions against Iran constitute only “half-measures in the quest to stunt Iran’s nuclear ambitions”.

Former White House Speaker Newt Gingrich has called for covert action, including “taking out their scientists” and cyberwarfare.

Quotations of this nature are legion and all these facts reinforce the idea that Washington has been making clandestine efforts to sabotage Iran’s nuclear energy program in cahoots with Tel Aviv and their lackey, i.e the MKO.