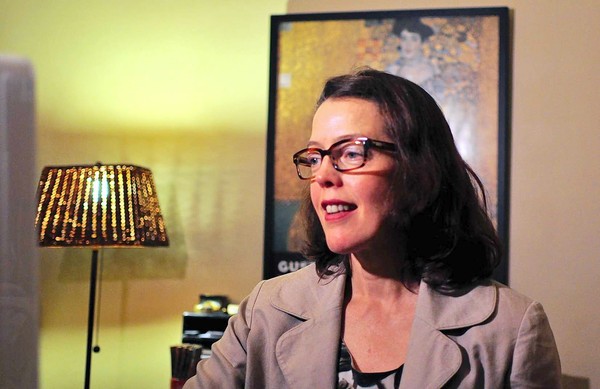 A law professor at Notre Dame leads a lonely campaign to stop the targeted killings in Pakistan and elsewhere, insisting they violate international law.

SOUTH BEND, Ind. — Notre Dame law professor Mary Ellen O’Connell was in her office last month when Imran Khan, a former cricket star who could be Pakistan’s next prime minister, phoned to ask for help.

Pakistanis are furious about the CIA‘s covert campaign of drone missile strikes, Khan told her. Was she aware that the CIA often doesn’t know who it is killing?

“Yes, of all Americans, I think I have a pretty good handle on the facts,” she replied, recounting the call.

O’Connell, a fierce critic of America’s drone attacks outside a war zone, insists the targeted killings are illegal under international law.

“We wouldn’t accept or want a world in which Russia or China or Iran is claiming authority to kill alleged enemies of the state based on secret evidence of the executive branch alone,” O’Connell said. “And yet that’s the authority we’re asserting.”

O’Connell, 54, has led a lonely campaign to stop the drones since she wrote a paper branding the first CIA drone strike, in 2002, as unlawful. She rejected claims by the George W. Bush administration that the attack, which killed several Al Qaeda militants and a U.S. citizen, was a legitimate act of self-defense in the war on terrorism.

Since then, President Obama has sharply increased drone attacks, and O’Connell has jousted with government officials, debated other academics and outlined her critique in scholarly publications.

“Her views are definitely taken seriously,” said Sean Murphy, a former State Department lawyer who argues the drone strikes are permitted under the law. “She’s on the leading edge of this argument.”

She remains in a small minority of U.S. legal scholars, but her views are gaining currency as targeted killings continue.

A report issued last month by researchers at the law schools of New York University and Stanford University argued that many U.S. drone strikes appear unlawful because they don’t meet the strict legal test for killing outside a war zone — to stop an imminent threat to life when no other means is available.

In June, Christof Heyns, the United Nations special rapporteur on extrajudicial killings, told a conference in Geneva that “double tap” drone strikes, in which a second missile is fired at people coming to aid the wounded, could constitute a war crime. Pakistan claims several such attacks have occurred in its tribal areas.

O’Connell and her intellectual allies agree the United States is fighting a lawful war in Afghanistan because it gave shelter to terrorists who attacked America on Sept. 11, 2001. But they argue that killing militants in Pakistan, Yemen and Somalia is not a legitimate part of that conflict, and thus violates laws of war intended to protect noncombatants.

If the U.S. government has a case against an Al Qaeda militant in Yemen or Somalia, they argue, it must try to arrest him and give him a chance to surrender unless lives are in immediate danger.

That view strikes O’Connell’s many critics as a naive reading of international law that fails to account for modern stateless terrorists. But the U.S. government held a similar view until the Sept. 11, 2001, attacks.

U.S. officials criticized Israel for killing Palestinian militants on the West Bank in the 1990s, for example, and CIA officials believed they lacked the authority to kill Osama bin Laden even after he was indicted for the 1998 bombings of two U.S. embassies in East Africa.

“As a matter of international law, the United States is in an armed conflict with Al Qaeda, the Taliban, and associated forces, in response to the 9/11 attacks, and we may also use force consistent with our inherent right of national self-defense,” Brennan said.

Under Obama, the United States has launched 284 drone missile strikes in Pakistan and 49 in Yemen, according to independent groups that track reported attacks. That’s up from 46 in Pakistan and one in Yemen under Bush. Strikes have also been reported in Somalia.

So-called high-value targets typically are named on a classified “kill list,” which is reviewed by lawyers from the White House, the CIA, the Pentagon and other agencies. Many others are killed in “signature strikes” that target unidentified militants based on activities deemed suspicious.

In September, Obama sought to explain who gets targeted and why.

“It has to be a threat that is serious and not speculative,” Obama told CNN. “It has to be a situation in which we can’t capture the individual before they move forward on some sort of operational plot against the United States.”

O’Connell and other critics say no evidence suggests that all those killed met Obama’s standard. Drone strikes have killed up to 3,000 people, according to the New America Foundation, a nonpartisan public policy institute in Washington.

O’Connell sees her effort as an exercise in moral suasion, similar to the public outcry that erupted after news reports detailed how the CIA had used waterboarding and other harsh interrogation techniques against several Al Qaeda detainees after Sept. 11.

A trim woman with brown hair, O’Connell isn’t a pacifist. Her husband is a former Army interrogator who served in the first Gulf War. They met while she was working for the Defense Department, teaching soldiers about international law.

O’Connell praises the Navy SEAL mission that killed Bin Laden, and supports using drones to target enemy fighters in Afghanistan. “I do think drones can be a more accurate weapon, and I’m all in favor of saving our troops’ lives,” she said.

Benjamin Wittes, a Brookings Institution fellow who supports the drone strikes, put O’Connell on the defensive in a debate two years ago by challenging her to take her position to its logical conclusion — as he put it, “that President Obama is a serial killer.”

She fumbled her response. But upon reflection, she sees some parallels to the abortion debate. One can believe, as she does strongly, that abortion is deeply immoral, without labeling women who have abortions as murderers.

“I feel the same way about targeted killing,” she said. “I understand that Americans don’t … see it, but we want the practice to end. I don’t think President Obama should go to jail for it.”