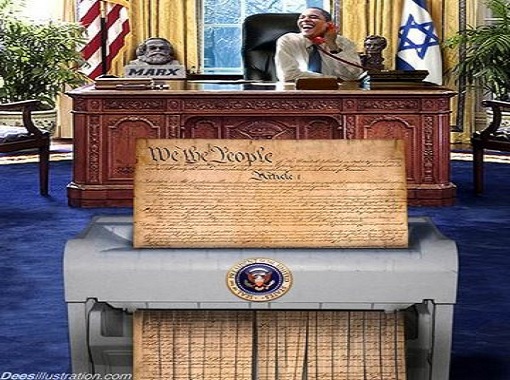 Indefinite detention, targeted killing and warrantless wiretapping are hot issues in the courts this week. Here’s the latest:

UPDATE: Chris Hedges, one of the plaintiffs in the NDAA indefinite detention lawsuit, spoke with live stream journalist Tim Pool at Occupy Wall Street on Monday, September 17 about his case and the Obama administration’s appeal. Hedges put forward the thesis that the Obama administration may already be holding US citizens without due process — otherwise they wouldn’t have acted so quickly to overturn Forrest’s permanent injunction. The administration doesn’t want to be held in contempt, Hedges said, and so immediately moved to appeal her verdict. Note: This was filmed before the court overturned Forrest’s injunction, so it’s obsolete in that sense.

The American Civil Liberties Union will be in federal appeals court Thursday to argue that the CIA cannot deny the existence of the government’s targeted killing program and refuse to respond to Freedom of Information Act requests about the program while officials continue to make public statements about it.
The ACLU’s FOIA request, filed in January 2010, seeks to learn when, where and against whom drone strikes can be authorized, and how the U.S. ensures compliance with international laws relating to extrajudicial killings.
“The notion that the CIA’s targeted killing program is a secret is nothing short of absurd,” said ACLU Deputy Legal Director Jameel Jaffer, who will argue the case before a three-judge panel of the D.C. Circuit Appeals Court. “For more than two years, senior officials have been making claims about the program both on the record and off. They’ve claimed that the program is effective, lawful and closely supervised. If they can make these claims, there is no reason why they should not be required to respond to requests under the Freedom of Information Act.”

Read more about the case here.

The government has amply demonstrated in the DNI and NSA public and classified declarations that disclosure of the privileged information reasonably could be expected to cause exceptionally grave damage to national security,” a 48-page memorandum states. “The disclosure of information concerning whether plaintiffs have been subject to alleged NSA intelligence activity would necessarily reveal NSA intelligence sources and methods, including whether certain intelligence collection activities existed and the nature of any such activity. The disclosure of whether specific individuals were targets of alleged NSA activities would also reveal who is subject to investigative interest – helping that person to evade surveillance – or who is not – thereby revealing the scope of intelligence activities as well as the existence of secure channels for communication.

But those statements thoroughly contradict something else the government says:

The DNI explains that, as the government has previously indicated, the NSA’s collection of content of communications under the now inoperative TSP was directed at international communications in which a participant is reasonably believed to be associated with al Qaeda or an affiliate terrorist organization, and thus plaintiffs’ allegation that the NSA has indiscriminately collected the content of millions of communications sent or received by people inside the United States after 9/11 under the TSP is false.

The national security establishment first tells the public that it cannot disclose who is and who is not a target of its surveillance programs because doing so would tip off the bad guys, and then goes on to say that the program “was directed at…al Qaeda[.]” In other words, the government will readily admit that al Qaeda and “affiliate terrorist organization[s]” are targets of its surveillance programs, but it can’t acknowledge whether or not non-terrorist US citizens are also targets of that program because disclosure of whether non-terrorist US citizens are being spied on without constitutional protections would “cause exceptionally grave harm to national security.” As BoingBoing observed: the NSA says it can’t tell us if it is spying on us because “REASONS.”

The government’s insistence that plaintiffs cannot establish standing without proving the certainty of surveillance is at bottom not a standing argument but a bid for a kind of immunity. This is because its proposed standard is one that neither plaintiffs nor anyone else will ever be able to meet—not because the surveillance they fear will never take place but because they will be unaware of it when it does…
The government theory of standing would render real injuries nonjusticiable and insulate the government’s surveillance activities from meaningful judicial review.
…
More than forty years ago, when surveillance technology was comparatively primitive, this Court recognized that “few threats to liberty exist which are greater than that posed by the use of eavesdropping devices” … and it cautioned that the threat to core democratic rights was especially pronounced where surveillance authority was exercised in the service of national security…. To accept the government’s theory of standing would be to accept that the courts are powerless to address the threat presented by surveillance authorities exercised in secret, and powerless to protect Americans’ most fundamental rights against the encroachment of increasingly sophisticated and intrusive forms of government power.

Read more about the ACLU’s challenge, which will go before the Supreme Court in late October to decide the standing issue once and for all. Just last week the House passed a reauthorization of the FISA Amendments Act, which would extend the law through December 31, 2017. Read the brief in the ACLU’s challenge, Clapper v. Amnesty, et al., here.
via PrivacySOS