THE EDGE OF EARTH – BUNDA CLIFFS OF AUSTRALIA 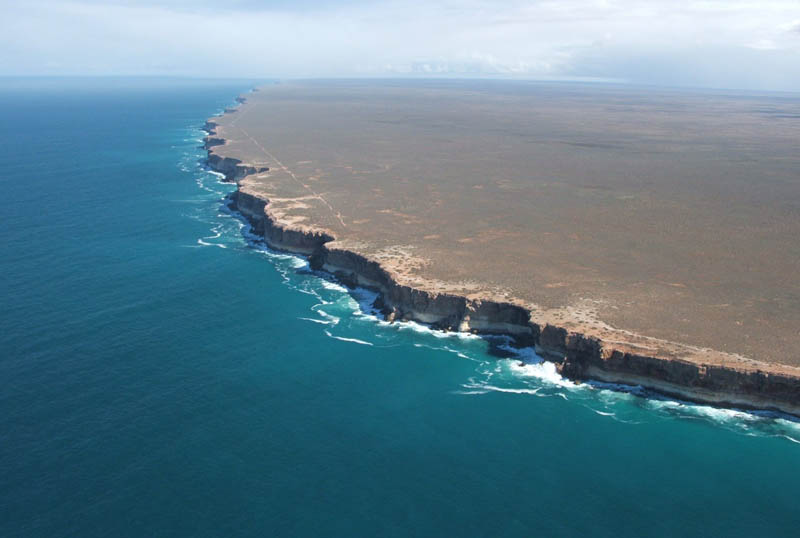 The vast Nullarbor Plain is the world’s largest limestone karst landscape covering an area of 270,000 square km, extending 2,000 km between Norseman and Ceduna. Two thirds of the Nullarbor is within Western Australia and one third is in South Australia.

The spectacular Bunda Cliffs and the Great Australian Bight border the area to the south and the northern border is the Great Victoria Desert.

The name Nullarbor derives from “no trees”, but the plain is covered with bluebush and saltbush plants, hardy shrubs that are drought-resistant and salt-tolerant. The outer edges of the Nullarbor house open woodlands of Myall acacias.

The 1984 Biological Survey of the Nullarbor identified: