US Military Drones targeting Rescue Workers and Funerals in Pakistan 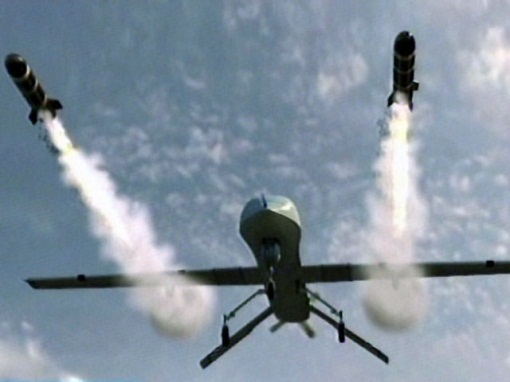 The CIA’s drone campaign targeting suspected militants in Pakistan has killed dozens of civilians who had gone to rescue victims or were attending funerals. So concludes a new report by the London-based Bureau of Investigative Journalism. It found that since President Obama took office three years ago, as many as 535 civilians have been killed, including more than 60 children. The investigation also revealed that at least 50 civilians were killed in follow-up strikes when they had gone to help victims. More than 20 civilians have also been attacked in deliberate strikes on funerals and mourners. We speak to Chris Woods, award-winning reporter with the Bureau of Investigative Journalism. “We noted that there were repeated reports at the time, contemporaneous reports in publications like New York Times, news agencies like Reuters, by CNN, that there were these strikes on rescuers, that there were reports that there had been an initial strike and then, some minutes later, as people had come forward to help and pull out the dead and injured, that drones had returned to the scene and had attacked rescuers,” Woods says. “We’ve been able to name just over 50 civilians that we understand have been killed in those attacks. In total, we think that more than 75 civilians have been killed, specifically in these attacks on rescuers and on mourners, on funeral-goers.” [includes rush transcript]