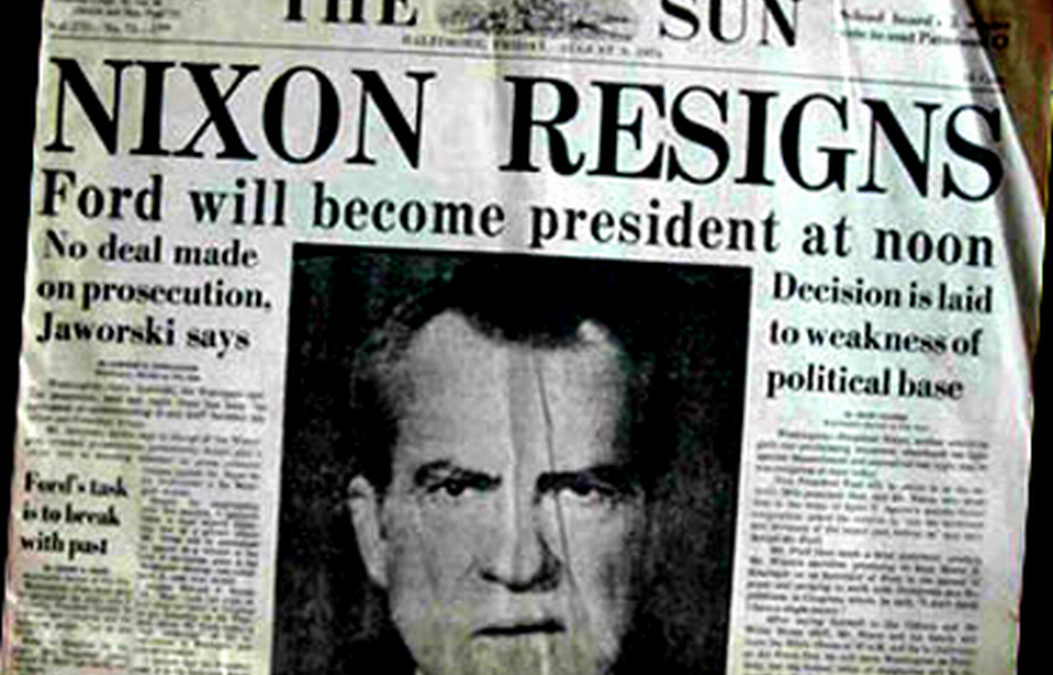 The “purity” of journalism, and its willingness to act as a “fourth estate” of political influence has fluctuated over the course of American history. In the historic role the press created for itself, as an institution designed to act on the behalf of the people, it is beholden to certain ethical obligations. Viewing journalism as an essential component of a free society requires the existence of reporters who will fairly and truthfully cover events that impact our lives. But today, many would argue that the implied contract between the public and their news media is being infringed upon. In an effort to supply American citizens with compelling, round-the-clock news stories, the pillars of ethical journalism are often brushed aside in favor of expedience. Journalism that proliferates sensationalism and celebrity “news”, while presenting speculation as fact runs rampant.

It has been widely publicized that almost all media in America today comes from just six enormous media conglomerates. With giant corporations dominating the landscape after years of mergers and acquisitions, a dangerous media machine is now in place. Real investigative journalism is disappearing, as editors “push” stories in an unnatural direction to serve a corporate agenda. Editorial integrity is now something that can largely be purchased. Readers, listeners, and viewers of the “news” are left to question if what they’re consuming is even anything close to the truth, often turning to alternative sources for reliable media content. If they’ve been tuning in to Brian Ross, a man who holds the illustrious title of “America’s Wrongest Reporter”, it’s not hard to see why it makes sense to change the channel.

We can trace the evolution of contemporary journalism back to an event that occurred over forty years ago: The Watergate Scandal, and its coverage in the The Washington Post by two scrappy young reporters, Bob Woodward and Carl Bernstein. Both saw their role as journalists to be responsible for pursuing stories that service the interests of democracy, using whatever means necessary. As investigative journalists, truth was ultimately at the heart of their mission to remove Nixon from his throne. The pair’s meticulous adherence to journalism’s best practices and protocols – truth, empiricism, verification, impartiality, and clarity – proved their case in a way the public could understand, and their tenacity was rewarded with Nixon’s resignation.

Benjamin Bradlee, the editor of The Washington Post during Watergate, thanked Nixon for giving a boost to journalism in his 1995 memoir. “It is wonderfully ironical [sic] that a man who so disliked – and never understood – the press did so much to further the reputation of the press, and particularly The Washington Post,” he wrote. “In his darkest hour, he gave the press its finest hour.” Woodward and Bernstein, as they scrambled to “follow the money” and covertly meet with Deep Throat source W. Mark Felt, and conduct an impressive inquiry under the nose of government investigators. And they did it while telling the truth the entire time.

The Watergate era, a time not so long ago, precluded today’s bitter partisan politics. As a country we have regressed considerably since; our political system is broken and our media channels are clogged with the same junk that’s obstructing half the nation’s arteries. If the press is designed to provide a public forum for a debate of our current laws and policies, it has some serious cleaning up to do.

But if there are going to be fingers pointed, we can again return to the Watergate Scandal as a turning point in the development of new journalistic practices. The events that took place from 1972-74 opened the door to a new model of journalism – one that, while an admirable coup against Nixon’s regime, also served to plant many of the seeds of distrust we still have against the government, as well as institutionalize the practice of unscrupulous dirt-digging by both reporters and large media entities. When Woodward and Bernstein revealed that Watergate was not just a mere burglary, but an illegal, all-out assault against the legions of people on Nixon’s “enemies list”, Americans were shocked. Their unwavering faith in the White House already shaken by the events in Vietnam, Watergate permanently changed how people – especially young people –  looked at their government. At the time, it seemed astonishing that the President of the United States could commit such crimes.

Today, another Watergate-esque scandal seems imminent. Most Americans, if asked, would not say that they trust their government or their politicians to act responsibly. They would also likely add that they do not trust the media to report on any important event in an impartial manner. Since Watergate, mass media has devolved to the point that (returning to Brian Ross, ABC anchor extraordinaire) it not only refuses to do it’s own fact checking or reporting, but demands credit for work in which it had no part. Take for example, when ABC demanded a Pulitzer for work they essentially lifted from Chris Hamby, journalist at the nonprofit Center for Public Integrity. Or even more recently, when many of the nation’s media outlets were crammed with images of Kim Kardashian’s  most recent photoshoot. We have come to expect entertainment over significance, shameful reportage that makes E! News look like PBS.

40 years after Watergate, we are still reeling from the effects it had on both modern media and the American political machine. From the events of Watergate to recent exposures of the NSA’s surveillance activities, it’s clear that we need a powerful press to act as a watchdog over the government’s actions. If journalism can save itself, perhaps there’s hope that it can save us too.