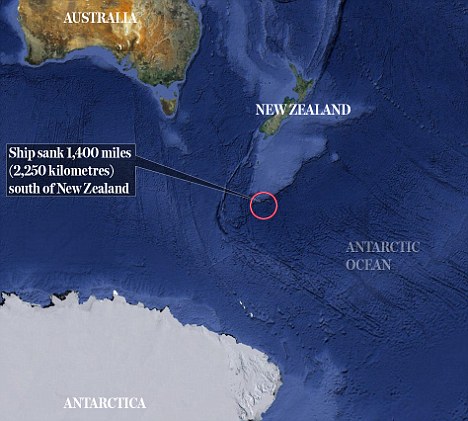 A new report circulating in the Kremlin today prepared for President Medvedev by Russian Space Forces (VKS) 45th Division of Space Control says that an upcoming WikiLeaks release of secret US cables details that the Americans have been “engaged” since 2004 in a “war” against UFO’s based on or near the Continent of Antarctica, particularly the Southern Ocean.

According to this report, the United States went to its highest alert level on June 10, 2004 after a massive fleet of UFO’s “suddenly emerged” from the Southern Ocean and approached Guadalajara, Mexico barely 1,600 kilometers (1,000 miles) from the American border. Prior to reaching the US border, however, this massive UFO fleet is said in this report to have “dimensionally returned” to their Southern Ocean “home base”.

The fears of the Americans regarding these Southern Ocean UFO’s began, this report says, during the unprecedented events of July 11, 1991 (referred to as 7/11) when during the Solar Eclipse these mysterious aircraft appeared by the hundreds over nearly all of Mexico, even their Capital city. Most notable about the events of 7/11 were that as millions of Mexicans were watching on their televisions the National broadcasts of these UFO’s over Mexico City, the American media refused to allow their people to view it.

Since 2004, this report continues, fleets of Southern Ocean UFO’s have continued to emerge from their bases, with the latest such event being this Friday past when another of their massive fleets was sighted over the South American Nation of Chile.

The “immediate danger” to our World when these massive UFO fleets emerge from the Southern Ocean, this report warns, are the massive waves caused by their sudden eruption from what are believed to be their underwater base, or bases. In the past week alone, the Clelia II, an Antarctic cruise ship with 160 people onboard, was nearly capsized when hit by waves generated by these UFO’s emerging from the Southern Ocean, and just today the Number One Insung has been reported sunk with only 20 of its 42 member crew said saved due to the same cause.

Interesting to note in this report is its confirming our October 14th report US Shuts Down New York City Airspace Over UFO ‘Threat’ that these same Southern Ocean UFO’s were responsible for the closing of the airspace over New York City this past fall (October 13th) when they “appeared” openly and were witnessed by tens of thousands of people, and which, coincidentally, occurred during the same time frame as the mysterious Crystal Skulls of the ancient South American peoples were being exhibited there too.

Even more interesting to note is that the mysterious earthquakes being reported in the Gulf of Aden (where another “extraterrestrial” event is currently ongoing and we had reported on in our December 1st report Mysterious ‘Vortex’ Warned Is Creating Global Weather Catastrophe) are now being reported occurring in the Southern Ocean too.

This report goes on to state that after WikiLeaks founder Julian Assange warned last week that he would begin releasing secret US cables relating to these Southern Ocean UFO’s, and the Americans “war” against them, he was immediately arrested by British Police on trumped up charges issued by the Swedish government which in our December 8th report, Global Rebellion Erupts After “Unprotected Sex Meets Disrobed Governments”, we noted were engineered against him as a “classic” CIA “Honey Trap”.

Note: Since our last report on the EU-US frame-up of Assange it is now being reported that one of his two accusers, Anna Ardin, has fled Sweden and is now in hiding in the Palestinian territories.

To if Assange, or his WikiLeaks website, will survive to see the whole release of these Southern Ocean UFO files it is not to our knowing, nor does this report say.

What is in our knowing, however, and when coupled with the information we reported on in our December 10th report Massive Earthquake Fears Rise After Mysterious Object Moves Nearer To Earth, suggests that the timing of these events, as we near the December 20/21 Total Lunar Eclipse, and as Mercury turns retrograde and joins Mars as it forms a conjunction with Pluto, that the ending of this year, 2010, truly marks the ending of this age as prophesied by the ancients.

In the Sorcha Faal’s seminal work published in 2007, Battle Begins For Throne of This World: The Return of the Einherjar Warriors, she notes that in these “last days” the “guideposts” to what the future will hold for humanity does, indeed, rest hidden to the discerning reader in the words handed down to us by the ancients, none being more important in this case than those of Nostradamus, who in writing of this coming Lunar Eclipse and feared conjunctions warned:

“The arms to fight in the sky a long time,

The tree in the middle of the city fallen:

Sacred bough clipped, steel, in the face of the firebrand,

Then the Monarch of Adria fallen.” Quatrain 3:11

Most ominously for our World today, “the tree in the middle of the city” has, indeed, “fallen” with news from Glastonbury that the 2,000-year-old Holy Thorn Tree, one of Christianities oldest and most revered symbols, has been cut down by vandals. With the great tree now “fallen”, the battle for this Earth now moves to the “sky” until the “Monarch of Adria” (Pope Benedict XVI) has “fallen” too.