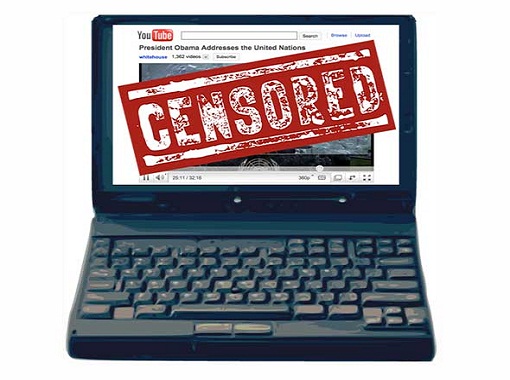 The Arizona legislature passed Arizona House Bill 2549, which would update the state’s telephone harassment law to apply to the Internet and other electronic communications. The bill is sweepingly broad, and would make it a crime to communicate via electronic means speech that is intended to “annoy,” “offend,” “harass” or “terrify,” as well as certain sexual speech. Because the bill is not limited to one-to-one communications, H.B. 2549 would apply to the Internet as a whole, thus criminalizing all manner of writing, cartoons, and other protected material the state finds offensive or annoying. The Bill is currently on Governor Jan Brewer’s desk awaiting her decision on whether to veto or sign the bill.

Media Coalition, a trade association protecting the First Amendment rights of content industries, whose membership includes CBLDF, has been active in opposing the bill. On March 14, Media Coalition sent a memo to the Senate Rules Committee regarding constitutional infirmities in H.B. 2549. Yesterday they sent a letter to Governor Brewer urging her to veto the bill.

That letter outlines the constitutional deficiencies in the bill:

H.B. 2549 would make it a crime to use any electronic or digital device to communicate using obscene, lewd or profane language or to suggest a lewd or lascivious act if done with intent to “annoy,” “offend,” “harass” or “terrify.” The legislation offers no definitions for “annoy,” “offend,” “harass” or “terrify.” “Electronic or digital device” is defined only as any wired or wireless communication device and multimedia storage device. “Lewd” and “profane” are not defined in the statute or by reference. “Lewd” is generally understood to mean lusty or sexual in nature and “profane” is generally defined as disrespectful or irreverent about religion or religious practices.

Government may criminalize speech that rises to the level of harassment and many states have laws that do so, but this legislation takes a law meant to address irritating phone calls and applies it to communication on web sites, blogs, listserves and other Internet communication. H.B. 2549 is not limited to a one to one conversation between two specific people. The communication does not need to be repetitive or even unwanted. There is no requirement that the recipient or subject of the speech actually feel offended, annoyed or scared. Nor does the legislation make clear that the communication must be intended to offend or annoy the reader, the subject or even any specific person.

Speech protected by the First Amendment is often intended to offend, annoy or scare but could be prosecuted under this law. A Danish newspaper posted pictures of Muhammad that were intended to be offensive to make a point about religious tolerance. If a Muslim in Arizona considers the images profane and is offended, the paper could be prosecuted. Some Arizona residents may consider Rush Limbaugh’s recent comments about a Georgetown law student lewd. He could be prosecuted if he intended his comments to be offensive. Similarly, much general content available in the media uses racy or profane language and is intended to offend, annoy or even terrify. Bill Maher’s stand up routines and Jon Stewart’s nightly comedy program, Ann Coulter’s books criticizing liberals and Christopher Hitchens’ expressing his disdain for religion, Stephen King’s novels or the Halloween films all could be subject to this legislation. Even common taunting about sports between rival fans done online is frequently meant to offend or annoy and is often done using salty and profane language.

While protecting people from harassment is a worthy goal, legislators cannot do so by criminalizing speech protected by the Constitution. All speech is presumptively protected by the First Amendment against content-based regulation, subject only to specific historic exceptions.

If passed, the law could create vulnerabilities for cartoonists and publishers who publish material online intended to shock, satirize, and criticize. Beyond the example of the Mohammad cartoons listed in the Media Coalition letter, the taboo-pushing work of cartoonists like R. Crumb, Johnny Ryan, and Ivan Brunetti would potentially be vulnerable to prosecution, as could incendiary works such as Frank Miller’s Holy Terror and Dave Sim’s Cerebus. Similarly, the culture of message boards, within and beyond comics, would be imperiled. With more titles released digitally each week, and an extremely active online ecosystem of professional and fan exchange, laws like this one are extremely worrisome for the creators, publishers, and readers of comics.

For more information about this bill, please visit Media Coalition.