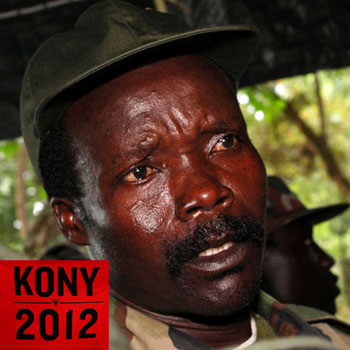 According to former European MP, journalist, and author Richard Cottrell, the Lord Resistance Army is backed by the CIA and Mossad.

The author of the blog aangirfan writes: “In Uganda, Joseph Kony is the leader of the Lord’s Resistance Army, ‘which is a US and Mossad-backed guerilla force.'” He quotes Richard Cottrell, a former European MP, journalist, and author of the book, “Gladio: NATO’s Dagger At The Heart of Europe,” who wrote in an article in October 2011 called, “African ping pong: US plays both sides in Uganda”:

“The Lord’s Resistance Army (LRA) rampaging around Uganda is nothing more than a US and Mossad-backed guerilla force.

Its task is to destabilize wide areas of Africa rich in minerals like Uganda, ex-French and Belgian Congo, and Sudan.

Joseph Kony, the self-appointed leader of the LRA, ex-choir boy, brilliantly flexible break dancer, the new US terrorist poster boy, has been on the CIA’s books for years.”

Based on this analysis, the CIA is probably also involved in the million-dollar propaganda campaign to draw the American people’s attention towards Uganda, and Joseph Kony in particular, in order to secure public opinion in support of a U.S. and UN intervention in the country.
Another excerpt from Richard Cottrell’s article:

“What is going on in Central Africa is a fine old game of ping pong, the new scramble for Africa, in which western intelligence (American CIA, British MI6, Belgian intelligence, Israeli Mossad) are playing both sides of the table.

The aim is to destabilize the entire region so effectively that most of it can be effectively controlled under the disguise of the usual humanitarian mission. The vast mineral reserves (copper, diamonds, gold, uranium, and oil, for starters) can then he handed on a plate to western exploiters.

This is a direct continuation of the CIA/MI6/Belgian/Mossad promotion of the Katanga breakaway state back in the 1960′s. The western powers encouraged their local stooge Moise Tschombe to pull out of the freshly independent ex-Belgian Congo.

The prime minister of the Congolese Republic, Patrice Lumumba, was murdered in 1961 with the complicity of US and Belgian Special Forces.”

One of the CIA agents who was involved in the illegal assassination of the Congolese leader Patrice Lumumba was Frank Carlucci, who was the Secretary of Defense in the Reagan administration in the late 1980s. After leaving office, he became the chairman of the infamous Carlyle Group from 1992 to 2003, a company that is linked to the Bush and Bin Laden families, as well as other nasty people.These people are not only raping and murdering Africa, but they’re raping and murdering America and pretty much the whole planet. They don’t have human empathy, they are motivated by greed and want to take total control over the populations and resources of Earth.The satanic international banksters who control the CIA, MI6, Mossad, and other Western intelligence agencies are raping, killing, and looting in Afghanistan, Uganda, Iraq, Libya, America, etc. etc. etc.

The Kony 2012 campaign is a well-funded propaganda facade to lure good-hearted Americans into backing another illegal U.S./UN intervention in a part of the world that has been raped by cynical conquerors since the dawn of time.

The author of the blog aangirfan writes:

“Kony’s job is to provide the USA with the perfect excuse to invade Uganda on the pretext of inciting another humanitarian mission.

Yoweri Museveni, the dictator of Uganda, is also a CIA asset.

The CIA and its friends are supporting both sides.”

If you care about humanity, and the people and children of Uganda, then you must denounce the cynical Kony 2012 campaign, and inform your friends and family members that the real killers who are massacring children across the planet control the CIA, U.S. Military, Mossad, MI6, NATO, and UN.