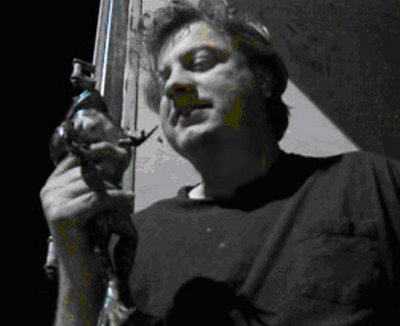 On Friday, a Minnesota jury found that a blogger must pay $60,000 in damages because of statements he published in his blog about a public figure who was subsequently fired from his job.  Internet publishers and free speech advocates should pay close attention to this case if it is appealed because the blogger was found liable even though the jury did not find that the blogger’s statements were false.

This decision is the latest example of the law’s apparent struggle to apply basic constitutional protections to internet publishers.  If the Minnesota ruling holds up, it will mean that bloggers will have to worry they will be forced to pay for true statements that they publish that cause a person damages.

In June 2009, Jerry Moore was fired from the University of Minnesota after blogger John Hoff a/k/a Johnny Northside wrote a blog post criticizing the college for hiring Moore.  In the post, Hoff criticized Moore’s previous work as Executive Director of a community organization and linked Moore to a real estate scandal.  In the post, Hoff stated, “Repeated and specific evidence in Hennepin County District Court shows Jerry Moore was involved with a high-profile fraudulent mortgage at 1564 Hillside Ave N.

Following his firing, Moore brought a lawsuit in Minnesota state court (copy of complaint), claiming Hoff was liable for defamation and intentional interference with his contract with the school.  The case went to trial last week and on Friday, the jury returned its verdict in favor of Hoff on the defamation claim but against him on the intentional interference with contract count.

The jury found Hoff was not liable for defamation because they were not convinced that the blogger’s statements about Moore were false.  The jury returned the following interrogatory (answer in bold):

1.  Was the statement “Repeated and specific evidence in Hennepin County District Court shows that Jerry Moore was involved with a high-profile fraudulent mortgage at 1564 Hillside Ave. N.” false? No

Since the publishing of a false statement is a basic element of a defamation claim, that finding was enough to defeat the defamation count.  Although the judge had previously ruled that Moore was a limited public figure, which would have also required the jury to find actual malice in order to prove defamation, the jury stopped at the first question and did not make a finding on actual malice.

Moore’s failure to prove a false statement seemingly should have been the end of the entire case against Hoff, but it was not.  Even without a false statement, the court allowed the jury to find against the blogger on the intentional interference with contract claim and awarded Moore $35,000 in damages for lost wages and $25,000 for emotional distress.

Generally, intentional interference with contract occurs when someone knows about a contractual relationship and intentionally induces one of the parties to breach the contract.  If the other party to the contract suffers damages, he can sometimes sue to recover his losses.

In the absence of First Amendment protections, this case might be a reasonable example of an intentional interference with contract.  Hoff’s blog posts give the impression that he knew about Moore’s contract with the college and that his posts were at least partially intended to convince the college to fire Moore, which they did.  However, Constitutional free speech protections should not permit a plaintiff such as Moore to fail to make a defamation case against a publisher, but still be able to backdoor his damages through another claim.

The Minnesota case reminds me of the famous 1988 Hustler Magazine v. Falwell case, in which a jury found that Hustler publisher Larry Flynt was not liable for defamation, but found him liable for intentionally inflicting emotional distress on Reverend Falwell.  Unlike the Minnesota case, the Falwell case specifically focused on a publisher’s right to publish satire of a public figure rather than the right to publish direct factual claims, but in both cases, a jury found against a publisher even though they found the publisher was not liable for defamation.

Flynt appealed the case to the United States Supreme Court, who overturned the jury finding in favor of Falwell because the First Amendment demands that the proper action against a public figure is a defamation suit, not a suit for intentional infliction of emotional distress.  The Court reasoned that criticism of public figures, such as Falwell or Moore, is sometimes going to cause unfortunate damages, but this important form of speech must be protected by “a constitutional rule that allows public figures to recover for libel or defamation only when they can prove both that the statement was false and that the statement was made with the requisite level of culpability.”

This does not mean that a publisher is free to say anything about a public figure, whether true or false, without repercussions.  The Court explained that the First Amendment does not allow unfettered speech without any limits and culpability because of the particularly insidious nature of false statements.  The Court stated that a defamation claim, which requires a showing of a false statement, is the appropriate action to bring against a publisher because:

False statements of fact are particularly valueless; they interfere with the truthseeking function of the marketplace of ideas, and they cause damage to an individual’s reputation that cannot easily be repaired by counterspeech, however persuasive or effective.

The same analysis should be applied to the Minnesota case.  Even if Hoff’s statements damaged Moore, who was deemed a public figure, if those statements were not false and did not reach the level of defamation, the First Amendment should protect Hoff from having to pay damages.  Allowing Moore to recover for intentional interference with contract is not very different from allowing Jerry Falwell to recover damages for intentional infliction of emotional distress.  In both cases, a jury has ruled that the publisher’s speech was not defamatory, yet the plaintiff is awarded the damages caused by that speech.

Legal commentator Eugene Volokh believes that the ruling against Hoff will be ruled unconstitutional if the case is appealed.  He also astutely adds that most states have a rule of intentional interference with contract that states that “One who intentionally causes a third person not to perform a contract or not to enter into a prospective contractual relation with another does not interfere improperly with the other’s contractual relation, by giving the third person … truthful information.”

Hoff’s attorneys have stated they plan to appeal the decision and they should.  If a decision like this is allowed to stand, it could have a chilling effect on bloggers’ ability to do the important work of making true factual accusations against politicians and other public figures.

Bloggers and other publishers must be free to expose these true facts, even if those facts bring a public figure down without fear that they will have to compensate the public figure for the fall.  Otherwise, would we find ourselves in a country where Woodward and Bernstein would have to had to pay Richard Nixon for the losses caused by his impeachment and loss of job as President even if they were telling the truth about Watergate?

David Makarewicz is an attorney practicing internet law concerning privacy rights and copyright defense for websites and blogs.  Visit Dave at Sites and Blogs to keep up with breaking Internet news.