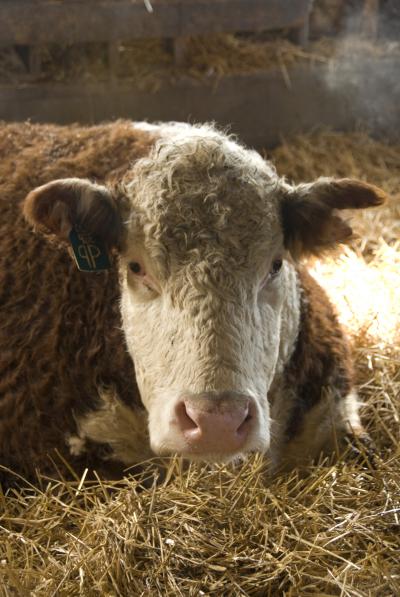 (NaturalNews) The state of Michigan is only days away from engaging in what can only be called true “animal genocide” — the mass murder of ranch animals based on the color of their hair. It’s all part of a shocking new “Invasive Species Order” (ISO) put in place by Michigan’sDepartment of Natural Resources(DNR). This Invasive Species Order suddenly and shockingly defines virtually all open-range pigs raised by small family farms to be illegal “invasive species,” and possession of just one of these animals is now a felony crime in Michigan, punishable by up to four years in prison.

The state has said it will “destroy” these pigs beginning in April, potentially byraiding local farms with government-issued rifles, then shooting the pig herds while arresting the members of the family and charging them with the “crime” of raising pigs with the wrong hair color. This may truly be a state-sponsored serial animal killing spree.

Reality check: You may think this story is some kind of early April Fools prank, but it isn’t. This is factually true and verifiable through the documents, videos and websites linked below. The state of Michigan seriously intends to unleash amass murder spree of pigs of the wrong colorbeginning April 1.

Yet these are the very pigs that farmers and ranchers in Michigan have been raisingfor decades. The state doesn’t seem to care about this, and there are indications thatthis ISO may have been nudged into position by the conventional pork industryas a tactic to wipe out its competition of local, specialty ranching conducted by small families and dedicated farmers who don’t work for the big pork corporations. (The Michigan Pork Grower’s Association.)

Hear the shocking interview and watch the family farm video…

I have recorded an exclusive interview withMark BakerfromBaker’s Green Acres— one of many ranching operations threatened with total destruction by state bureaucrats and this new Invasive Species Order. Listen to that interview here:
http://buzz.naturalnews.com/000025-Michigan-pigs-invasive_species.htm…

The Baker family has also recorded a video explaining their farming operation and how the state of Michigan is threatening to destroy their entire farming operation. Watch that stunning video (and spread the word about it) at:
http://www.youtube.com/watch?v=843yH_0RMIA

Mark Baker, by the way, is a veteran of the United States Air Force. As a veteran of the U.S. armed forces, he served to protect the rights of others, yet he now finds his own rights and freedoms under assault by the state of Michigan. He told NaturalNews he is determined to protect his livelihood at all costs and to take a stand against tyranny in Michigan.

Got the wrong hair color? The state of Michigan will kill you

The state of Michigan has issued a document describing nine “traits” of what they call “feral pigs” which they claim should be destroyed on April 1.

Read the document describing those nine traits at:
http://www.michigan.gov/documents/dnr/MDNR_DECLARATORY_RULING_2011-12…

Those traits includehaving the wrong color on the tip of the hairor evenbeing born with striped hair. The traits are written so that virtually all pigs raised by family ranchers across the state of Michigan will be targeted for destruction by the state of Michigan starting April 1. Farmers who defend their livestock may be arrested as felons and charged with multiple felony crimes by the state.

Here’s some of the language from the Michigan document describing which animals are to be destroyed. Remember: For a pig to qualify as “feral” according to state tyrants, it only has to exhibit ONE of these traits, not all of them:

1) Bristle-tip coloration: exhibit bristle tips that are lighter in color (e.g., white, cream, or buff) than the rest of the hair shaft.

2) Dark point coloration: exhibits “points” (i.e., distal portions of the snout, ears, legs, and tail) that are dark brown to black in coloration, and lack light-colored tips on the bristles.

4) Underfur: exhibit the presence of underfur that is lighter in color (e.g., smoke gray to brown) than the overlying dark brown to black bristles/guard hairs.

5) Juvenile coat pattern: exhibit striped coat patterns — a light grayish-tan to brown base coat, with a dark brown to black spinal stripe and three to four brown irregular longitudinal stripes with dark margins along the length of the body.

9) “Other characteristics not currently known to the MDNR that are identified by the scientific community.”

Did you catch that last one? So now the so-called “scientific community” can simply invent whatever trait they want and the state of Michigan will legalize the mass murder of all ranch animals displaying that trait.

What’s clear from all this is that Michigan bureaucrats plan to bring guns and handcuffs to ranches all across Michigan, shooting their family livestock dead and ruining their farming operations. They then plan to arrest these ranchers as felons and separate them from their families, then charge them with felony crimes.

This is all being done under the mantra of “government is good! Government protects you!” It’s being pushed under the guise of protecting people from “invasive species,” yet what the Michigan bureaucrats don’t tell anyone is that now your local food producers have had their own ranch animals placed on that list!

That’s the trick here: Michigan has declaredfarm animalsto be an invasive species!

An epic battle of truth, freedom and justice is being waged in Michigan

We need your help to defend farm freedom in Michigan and across the country. Here are some actions you can take:

3) LISTEN to the interview at:
http://buzz.naturalnews.com/000025-Michigan-pigs-invasive_species.htm…

4) DONATE to help support the legal fees of the Baker family farm. Their website is atwww.BakersGreenAcres.com

5) DEMAND farm freedom in your area! No government has the right to tell us what food we can or cannot grow, eat or trade! It’s as simple as that, and any government bureaucrat, tyrant or local dictator who thinks they can trample on your God-given right to choose what kind of food you wish to produce or consume is in desperate need of having a boot shoved deeply and forcefully up their rear ends.

Give tyrants the boot! Defend local farms. Even if you don’t eat pork (I don’t), this is still a farm freedom issue worth fighting for.