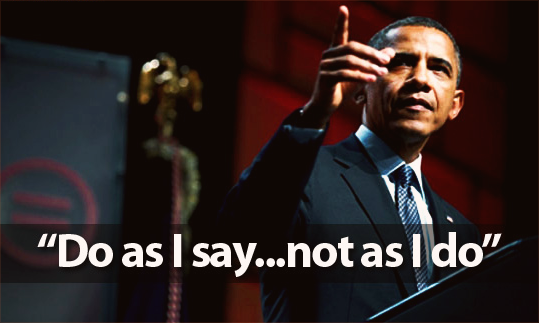 The list includes an effort to turn doctors into stool pigeons for the state and encourages them to ask patients if they have guns at home and then ascertain if they are a threat to society. Mental health “professionals” will be obliged to rat out patients who might be suffering from paranoid delusions. So much for doctor-patient confidentiality.

Expect more on “gun safety” and mental illness as Obamacare come fully online. It will be used to take the firearms of citizens who will be designated mentally ill much the same way veterans who suffer from PTSD are now having their guns confiscated.

It is no mistake the feds are conflating “gun safety” and mental illness. In the not too distant future, the government will classify gun ownership as a “safety” issue that threatens family members and society as a whole. The establishment media is already attempting to portray the so-called “gun culture” as a form of collective mental illness requiring “common sense” (as mandated by the state). It is also actively and aggressively demonizing advocates of the Second Amendment as “nutjobs” who need hospitalization.

Here is the full laundry list of “actions” Obama plans to take without consulting Congress or the American people:

3. Improve incentives for states to share information with the background check system.

4. Direct the Attorney General to review categories of individuals prohibited from having a gun to make sure dangerous people are not slipping through the cracks.

5. Propose rulemaking to give law enforcement the ability to run a full background check on an individual before returning a seized gun.

6. Publish a letter from ATF to federally licensed gun dealers providing guidance on how to run background checks for private sellers.

10. Release a DOJ report analyzing information on lost and stolen guns and make it widely available to law enforcement.

14. Issue a Presidential Memorandum directing the Centers for Disease Control to research the causes and prevention of gun violence.

15. Direct the Attorney General to issue a report on the availability and most effective use of new gun safety technologies and challenge the private sector to develop innovative technologies.

16. Clarify that the Affordable Care Act does not prohibit doctors asking their patients about guns in their homes.

17. Release a letter to health care providers clarifying that no federal law prohibits them from reporting threats of violence to law enforcement authorities.

20. Release a letter to state health officials clarifying the scope of mental health services that Medicaid plans must cover.

23. Launch a national dialogue led by Secretaries Sebelius and Duncan on mental health.